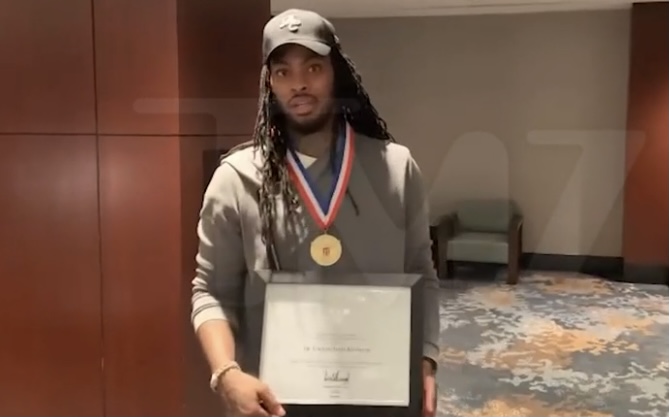 Waka Flocka Flame’s mother, Debra Antney, has oddly shown her public support for Donald Trump and now, it appears her son is showing that he is a fan of the former president as well. Waka recently took to social media to reveal that he has been given a Lifetime Achievement Award, per TMZ.

Waka reportedly received this award due to his humanitarianism and philanthropy as a volunteer at the Chicago non-profit organization, Daughter of Destiny. The award was handed to Waka in Atlanta on Friday as his pastor and mentor Apostle Dr. Bridget Outlaw, was also in attendance.

Waka was presented with a medal as he was all smiles while being handed the award. His full name was listed on the paper with “Dr. Juaquin James Malphurs.” Waka hasn’t publicly aligned with Trump but this may be an indication that he does. The Lifetime Achievement Award was filed by Trump shortly before the end of his presidency in January.