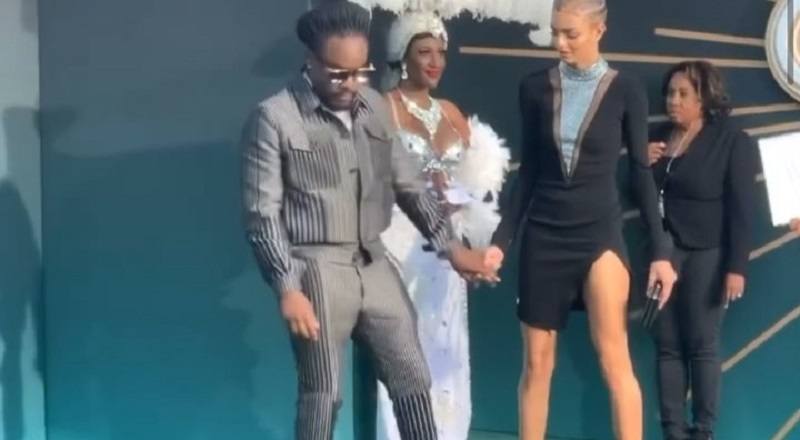 Nearly two months ago, Wale was rumored to have more than music going on. The DC rapper was said to have a new woman in his life. It turns out, those rumors were true, and Wale was dating a model, all good things.

While Wale was being rumored to be a boyfriend to this model woman, his baby mama’s sister was going in on him. That story came and went, but Wale was soon confirming India Graham was his girlfriend. The fans have been all for this new relationship.

Tonight, Wale showed up at the Soul Train Awards, and he had India by his side. This is their first public appearance, since the two confirmed they were dating. Currently, Wale is riding the high of his “On Chill” single, featuring Jeremih, which is burning up the charts.

More in Hip Hop News
Tisha Campbell and Tichina Arnold’s opening #SoulTrainAwards performance [VIDEO]
K Michelle and this rendition of New Edition’s “Can You Stand The Rain” is being dragged by Twitter, and she’s also being accused of lip-syncing #SoulTrainAwards