Home » Hip Hop News » WaymoTheGod gets dragged by Black women on Twitter for his previous colorist remarks about Black women, as he tries to rebrand as a lifestyle chef 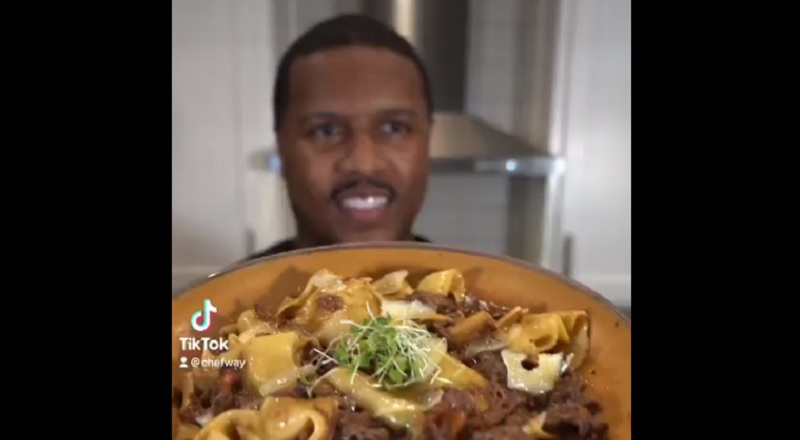 WaymoTheGod insulted by Black women as he starts chef page

WaymoTheGod initially rose to internet fame, in 2016, during an unusual year. However, he was controversial every step of the way. Four years prior to the “podcast craze,” WaymoTheGod was airing out his hot takes on Twitter. Almost all of them included something disparaging towards Black women. While Waymo didn’t last much longer than the 2016-2017 era, his tweets lived on. This weekend, he tried reintroducing himself, but Black women remembered what he said.

WaymoTheGod made countless controversial comments. Almost all of them were downright hurtful. He even went as far as attributing Sandra Bland’s fatal arrest to Bland’s own actions. Waymo repeated the initial accusations that Bland took her own life. In actuality, Bland suffered from fatal injuries at the hands of the police. As a result, there was major outrage behind it. Despite that information being readily available, Waymo gave credence to the lies.

WaymoTheGod disappeared from the Twitter sphere, however. Recently, he launched his return to social media as “Chef Way.” It is totally possible that people can change and move on. After all, Waymo has returned promoting his food, not his hostile views. However, that is not good enough for a collection of Black women on Twitter. They are holding Waymo accountable for his previous comments. As Waymo tried promoting his @chefway page, his previous comments were attached to his tweets.

WaymoTheGod insulted by Black women as he starts chef page

More in Hip Hop News
Three robbers stole $300,000 from Brinks truck in Brooklyn by distracting the driver [PHOTO]
Gucci Mane gets put on blast by Big Scarr’s friend, who said Gucci was unreachable on the day of his funeral, after saying he would pay for the entire funeral