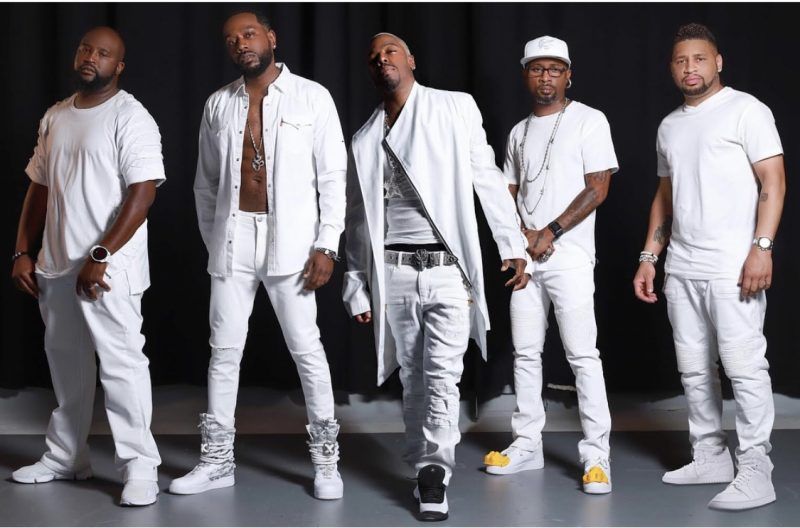 What was supposed to be an exciting announcement for R&B group, Dru Hill, turned into a complete troll session on twitter. The group announced that they would be releasing a new album and that they were adding two new members from the group, Playa. No one could help but notice the photoshopped Air Jordan 1’s on the feet on one of new members, Smoke E. Digglera. Take a look at some of the funniest tweets about the photoshopped J’s below.

Okay, they Jordan 1s. AND THEM SHITS ARE DIGITALLY ATTACHED IM UNABLE. JDKSKSKSSKSS

I’m so confused & now I feel like they owe it to us to release the original photo. I feel like he might’ve just had socks on.

Dru Hill’s reunion is being over shadowed by one of the guys in the band having his sneakers photoshopped on.

Feels like the world is starting to make sense again. pic.twitter.com/VxwWtEtMr4

More in Hip Hop News
OH SNAP! Teyana Taylor Loses Her Wig During Show But Finished It Like A Boss [VIDEO]
Cardi B checks a fan who comes for her and Hennessy over Nicki Minaj and said she’ll drop her baby off to come fight her [PHOTO]