Home » Hip Hop News » What’s the beef? #RHOA fans on Twitter are trying to figure out why Porsha has a problem with Shamari and if they really knew each other from Decatur 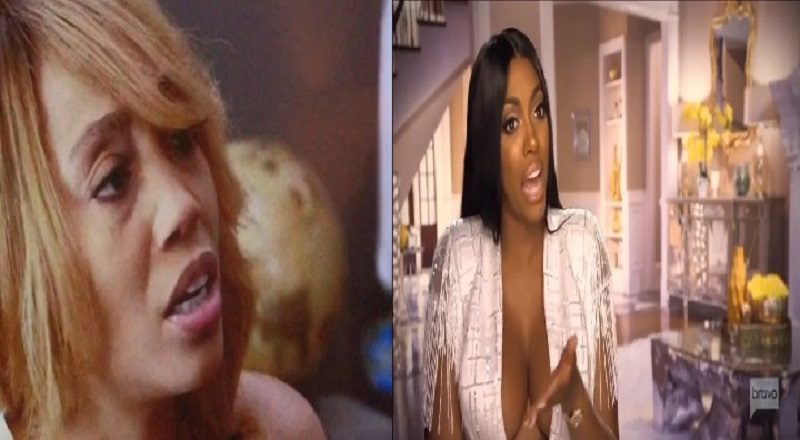 This season, “The Real Housewives of Atlanta” have added some new people to their cast. One new lady holding a peach is Shamari DeVoe, the wife of Ronnie DeVoe. Upon his entry onto the show, Ronnie immediately clashed with Kandi, talking about her performance.

Ronnie came on a little strong, as did Shamari, and they have yet to rebound with fans. After Shamari opened up about the open relationship, and cheating with a woman, fans might be “done done.” It is a lot to process and last week saw another splinter.

Last week, it became evident that Porsha wasn’t feeling Shamari. That has become an early discussion of tonight’s episode. In her opening scenes, Shamari discussed that, and fans tried figuring out what the problem was.

Read the tweets about Shamari and Porsha below:

More in Hip Hop News
Cardi B explains defending Offset, after she turned down his reunion proposal at #RollingLoud, explaining that he’s still her daughter’s father, but they are not getting back together [VIDEO]
Tekashi 6ix9ine’s Lawyer Lance Lazarro Is Confident In Getting 6ix9ine Out Of Prison – “It’s Time To Bring Tekashi Home” [VIDEO]