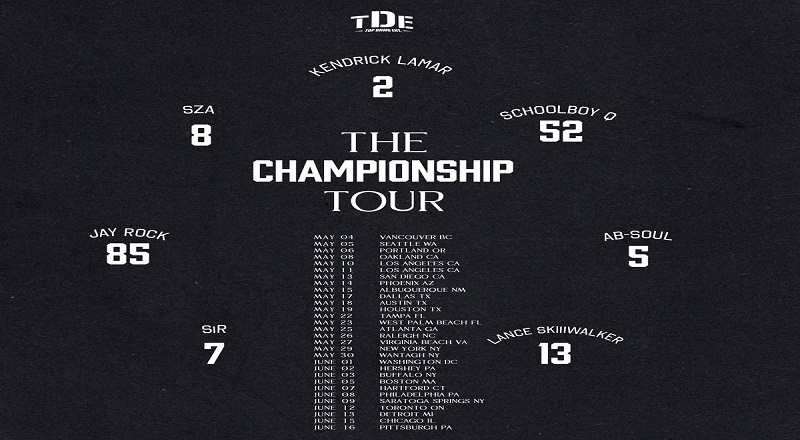 In 2012, TDE rose to the forefront of the rap game, behind Kendrick Lamar’s rise to power. Securing the partnership with Interscope, TDE soon sought to add new rappers. This led to Isaiah Rashad, a popular rapper from Tennessee, joining the team.

Isaiah Rashad has managed to continue putting out strong, high quality, music, since then. The young rapper managed to expand his cult following and made the perfect TDE fit. Yet and still, when TDE announced The Championship Tour, he was left off.

When the tour was announced, Kendrick and ScHoolboy Q were obviously included. Then, Jay Rock, Ab-Soul, SZA, SiR, and Lance Skiiwalker were also listed. With the whole crew, except Isaiah Rashad included, Twitter is up in arms, wanting to know what’s going on.

Read the tweets about Isaiah Rashad below:

More in Hip Hop News
Man turns up on Cardi B, in the club, and starts twerking on her! (FULL VIDEO INCLUDED) [VIDEO]
Baby Blue flirts with Shay Johnson after their #LHHMIA makeup, after he reposts her modeling pic on IG, saying “Im bout to make you my screensaver” #LHHMiami [PHOTO]