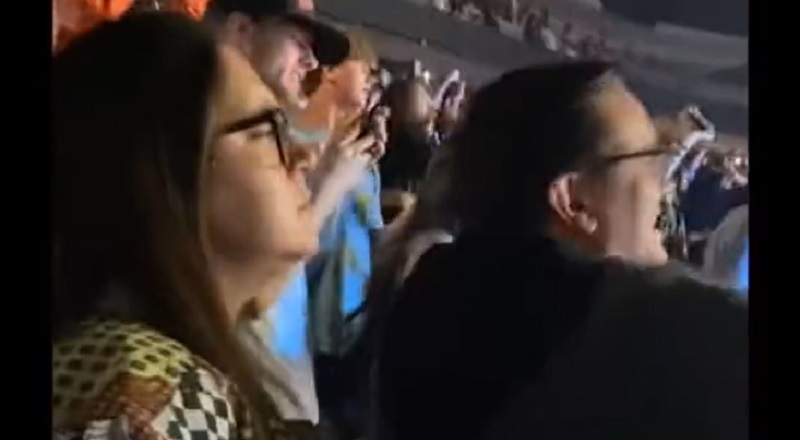 Lil Baby is one of the hottest rappers in the game and it hasn’t just gotten this way. Over the past five years, he has increasingly risen. During the summer of 2017, Lil Baby began making noise. Quickly, he signed with Quality Control Music. At the time, Migos and Lil Yachty were the focal points of the label. It was a slow progression, but Lil Baby is now the biggest artist on the label. If anyone questions the impact he is having on the culture, look no further than the man dancing in this video.

Hip hop has always been a universal language. As soon as the music was available to the general audience, it had immediate crossover appeal. Nowadays, people consider hip hop to be indeed pop music. After all, this genre is the highest selling and most streamed genre in music. A few years ago, back in 2017, it was discovered that this made Cardi B, by the numbers, the most popular artist in all of music for that year. Now, it’s Lil Baby reaching those heights.

On Twitter, a video of a White man dancing during a Lil Baby performance is getting millions of views. While the man is out there getting down, his wife is watching him and the concert. She is not into it at all. As he continues to soak in the concert, she is staring at him with literally no emotion. As a result, the person who filmed the video was quick to point out how unenthusiastic the wife was with the entire situation.

This guy was having the time of his life at Lil Baby’s concert‼️😂 pic.twitter.com/Y9htB6CoEq

More in Hip Hop News
Five people were shot on Bourbon Street, in New Orleans, this morning, during the weekend of the Bayou Street football classic [VIDEO]
Man goes viral for using lighter to warm a rib during Bayou Classic [VIDEO]