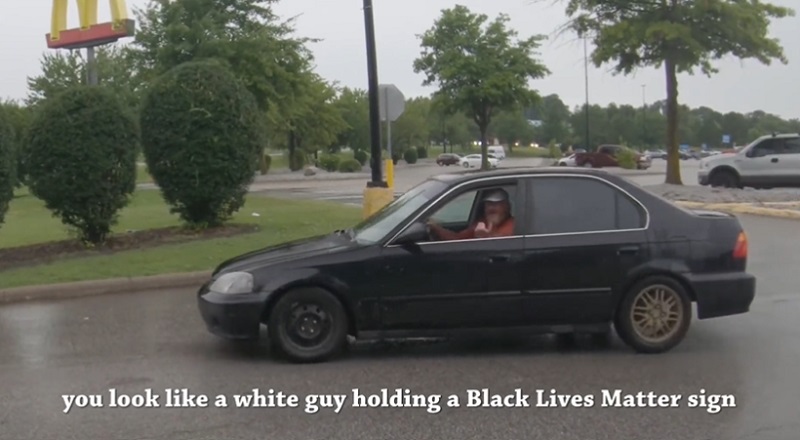 A young kid decided to do a social experiment, over the weekend. As a native of Arkansas, one of the most conservative states in the United states, he decided to hold a Black Lives Matter sign. What happened next was actually pretty jarring.

Arkansas is a Southern state and it is actually more diverse than many may realize. The state is home to a former president, who actually was one of the more liberal in American history. However, the people this young man encountered were not liberal, at least not where race is concerned.

Over the past decade, Black Lives Matter has become a rallying cry. After so many Black lives were lost at the hands of law enforcement, the phrase became prominent. However, there were those who misconstrued the phrase, arguing that “All Lives Matter,” and “Blue Lives Matter.” In addition, Black Lives Matter became an organization, which is the source of much controversy. Regardless, there was a young White man who decided to hold a Black Lives Matter sign in Arkansas. After that, the kid found himself the target of all kinds of mean comments, and even threats.