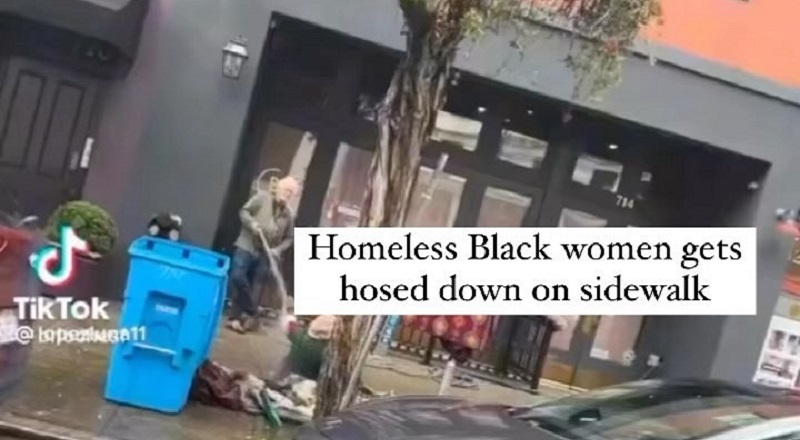 San Francisco has grown to become the banking capital of California. Even as recently as the past thirteen years, San Francisco has seen incredible growth. Meanwhile, their counterpart across the Bay, Oakland has struggled. Highlighting these struggles was the relocation of the Golden State Warriors. After spending decades playing in Oakland’s Oracle Arena, the Warriors are now playing in San Francisco, at the Chase Center.

While San Francisco is experiencing major growth, the city is also enduring major growing pains. The harsh reality of the growth of the city is the cost of living going up. As a result, there is an increase in homelessness. A homeless woman was sleeping in front of a local San Francisco business. While this was a tough situation, for both sides, how the man handled it was horrible. Instead of asking her to leave, he sprayed the woman with a water hose. After facing scrutiny, the man said he was helping the woman.

More in Hip Hop News
Jimmy Butler hits explosive and-1 game-winner vs. OKC Thunder and Heat break NBA record for free-throws, going 40 for 40 from the line [VIDEO]
Eddie LeVert is still alive, despite rumors of his passing