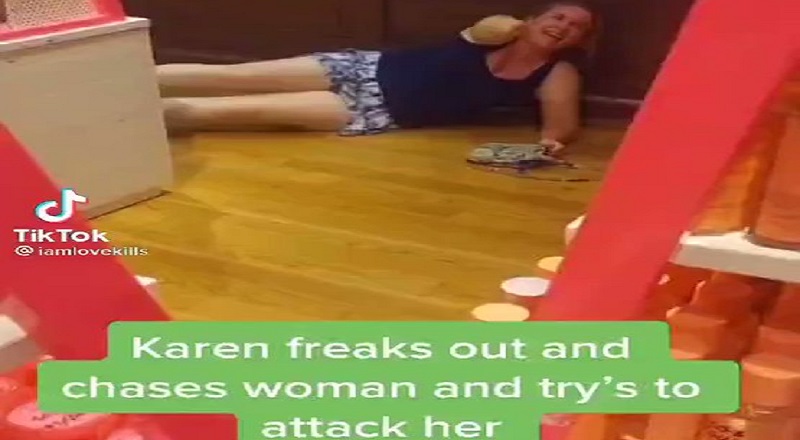 Every few months, there always seems to be an incident, like this, to go viral. A black woman, seemingly minding her own business, was harassed by a white woman, in Victoria’s Secret. The situation escalated, with the white woman, labeled another Karen, falling to the ground, faking tears.

Exactly what precipitated this situation is unknown, but there was some kind of disagreement. The two women got into some kind of argument. This argument turned violent, when the white woman tried to attack the black woman, who began filming.

On TikTok, @iamlovekills shared a video of a Karen, in Victoria’s Secret. She got into it with a black woman and accused her of attacking her, crying fake tears. However, the people on Twitter are dragging the woman, because she was the one who was harassing the black woman, even chasing her.

Whew, she is putting everything she has into this performance. 2/3 pic.twitter.com/MA3IBxuBGP