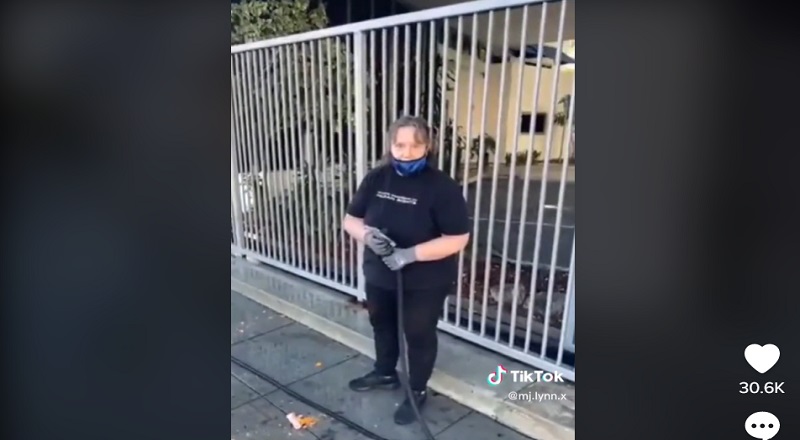 The expansion of social media has made it easier than ever to connect with people. This same connection has shown just how unkind people can be when they think no one is watching. But, social media has proven there is always someone watching. Not only are they watching, but they are also recording. In this case, the person recording was also speaking out. A man saw a woman spraying two homeless people, and their tent, with a water hose, so he called her out.

What is most infuriating about the cruelty captured on social media is how people place blame on the media for reporting it. Almost never is that same anger directed at the people who are out here actively hurting other people. If everyone united against people mistreating other people, the world would truly become a better place. In the meantime, people are fine with spraying other human beings with a water hose, all while wearing a t-shirt that reads “human rights.”

To have a place of business, it is understandable to be upset to have homeless people camped out in front of the location. What led up to this woman, who happened to be White, spraying water on these two homeless people, who happened to be Black, is unknown. The video begins with a man calling the woman out for spraying these people. In addition to spraying the tent the people slept in, she also sprayed their food. When called out, the woman defended her actions.

More in Hip Hop News
Stream: Vedo – “Mood Swings”
Shoplifter walks right into the police after walking out of store with stolen clothes and gets arrested on the spot