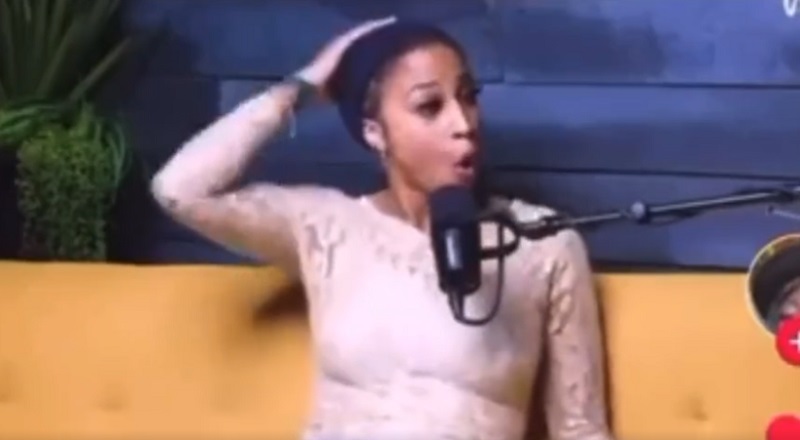 Whitney Davis’ wig falls off in the middle of her interview

Whitney Davis is a popular comedian. After her appearance on the Future Wifey podcast, she has become that much more popular. While she was doing the interview, Whitney Davis lost her wig. As she was talking, she was swinging her head, and the wig ended up coming off her head. After that, Davis kept talking, though.

Whitney Davis has done a little bit of it all. While she has had many job titles, her actions have remained the same. Through every iteration of Davis’ career, she has entertained. First, she was a college basketball player. Now, she is a bit of everything, including a Creative Director, Writer, Comedian, and Producer.

Whitney Davis is an interesting interview topic, which is why she is getting booked to talk. With that being said, Davis sat down for the Future Wifey podcast. While she was there to give her take on relationships and this current era, Davis gave people a much bigger show. When she was talking, Whitney Davis ended up moving her head back and forth. As a result, the wig she was wearing fell from her head, over the couch, and onto the floor. Davis could not even reach it, but she hilariously kept going with the conversation.

Whitney Davis’ wig falls off in the middle of her interview