Home » Hip Hop News » #WhoShotGhost ? Fans on Twitter are blaming Tariq (Michael Rainey, Jr.) for shooting Ghost (Omari Hardwick) in the #PowerTV finale, but it could be Dre, Angie’s sister, Tasha, Tate, Saxe, or Tommy, too 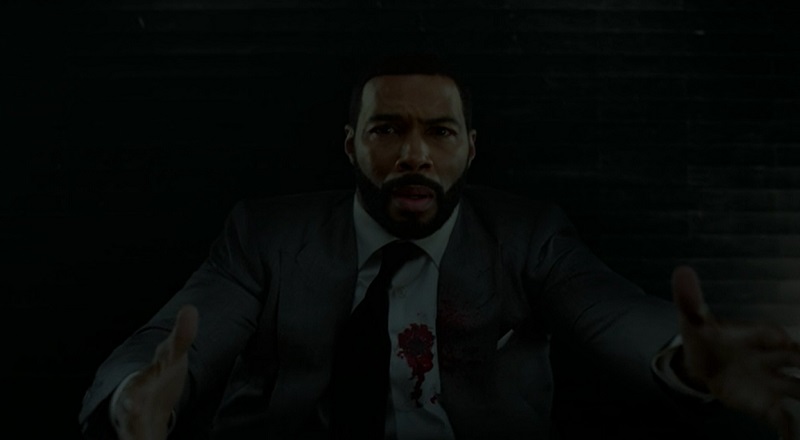 This was the ending that EVERYBODY saw coming, giving how smug Ghost (Omari Hardwick) was acting all episode long. Going back, on an old 50 Cent song, before the fame, he rapped “players in this game, they lose.” Two decades later, “Power” came, a show about the game.

Tonight’s episode, which airs on Starz at 9, saw Ghost finally touch on his past. Finally, he reconciled losing Angela (Lela Loren), and reunited with his uncle, played by Glynn Turman. That exchange saw him explain Tommy (Joseph Sikora) being his friend.

Despite a close, emotional, moment with Tommy, Ghost rubbed his new life in his face. Already, Tommy wanted him dead, and Tate (Larenz Tate) also had reason to kill Ghost, but still tried to warn him about the feds closing in on Tariq (Michael Rainey, Jr.), as Ghost also rubbed his win over Tate in his face. Then, Ghost and Tasha (Naturi Naughton) almost had a moment, several times, but the gloating continued.

By the time he got to Tariq, Ghost told him to turn himself in, officially making his ungrateful son the enemy. All the while, he’s celebrating winning the nomination for Lieutenant Governor. Kanan (50 Cent) revisited him, through dreams, as Ramona (Cynthia Addai) became his future. Those from his past weren’t so ready to be messed over, so they fought back, and one shot Ghost, leading to #WhoShotGhost being 2020’s mystery.

Read the #WhoShotGhost tweets below:

More in Hip Hop News
J. Holiday disses Ray J and threatens to beat the B5 group up, as Immature’s #TBT tour struggles to sell tickets; B5’s Dustin tells J. Holiday to never come at them again, as Twitter says he’s too old to beef with them and clowns his bottom teeth [VIDEO]
Summer Walker Basically Says She’s Done With The Music Industry and Fame Once Her Tour is Over, Telling Fans They Don’t Deserve Her [PHOTO]