Home » Hip Hop News » Will Smith shares exclusive, behind the scenes moments, from “The Fresh Prince of Bel-Air” reunion, along with new commentary [VIDEO] 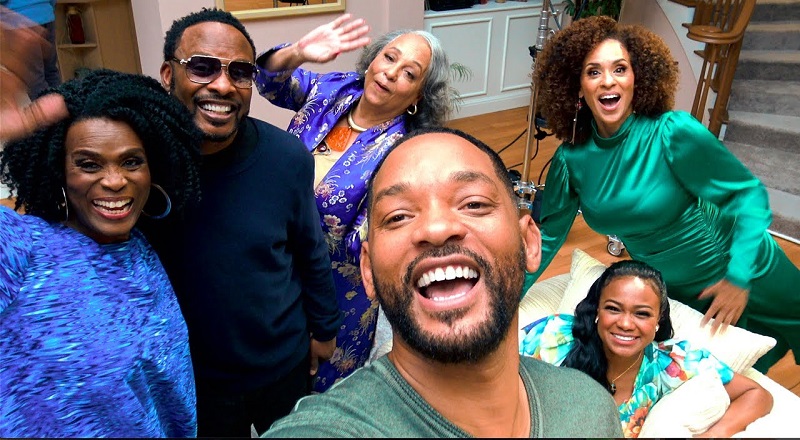 Last month, nostalgic TV fans got the gift of a lifetime, when the cast of “The Fresh Prince of Bel-Air” reunited. For real TV buffs, the true joy came with both ‘Aunt Vivs’ being present. That turned out to be the first time Daphne Maxwell Reid and Janet Hubert met in person.

Before the reunion, Will Smith sat down with Janet Hubert, where they officially made amends. After the successful meeting, Janet Hubert spoke on how great it felt to have her reputation restored. Following the sit-down, Will Smith expressed his appreciation for Hubert.

Will Smith returned to “The Fresh Prince of Bel-Air” set, reuniting with the cast, Alfonso Ribeiro, Karyn Parsons, Tatyana Ali, DJ Jazzy Jeff, Joseph Marcell, of course Daphne Maxwell Reid and Janet Hubert, but also Ross Bagley made an appearance. Together, they reminisced on the show, and shared priceless interactions. As always, there was more, so Will Smith shared a video of the things not shown on the HBO Max reunion.

More in Hip Hop News
Eve completed her final episode, on CBS’ “The Talk,” yesterday, and tells her co-hosts and fans that she “will be forever grateful,” as Sharon Osbourne and Sheryl Underwood share what she means to them [VIDEOS]
E-40 and Too $hort Verzuz Will Have Full Concert Setup; Close To $500,000 Budget Was Put In [VIDEO]