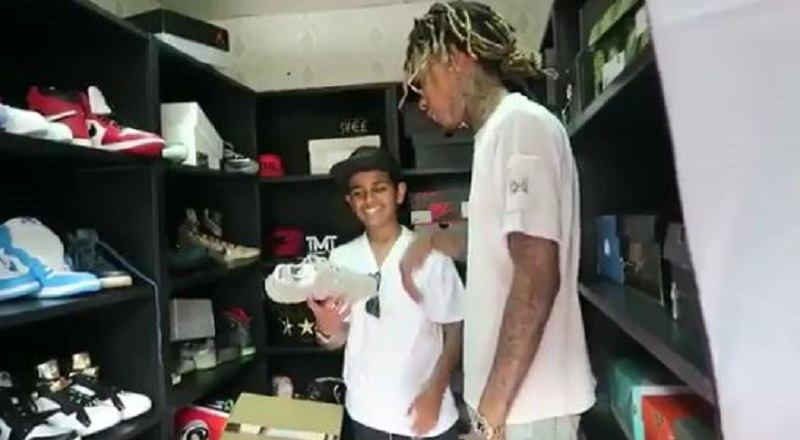 No love lost between Wiz Khalifa and Kanye West, even after the apology. Honestly, there is only so much civility that can be expected with two men who both were in love with the same woman. Regardless of the timing, it’s just awkward.

Early on, Kanye West did show maturity, shouting Wiz out on the song that was eventually titled “Cold,” featuring DJ Khaled. Since then, Kanye has thrown all that growth out of the window. Getting into a silly Twitter beef with Wiz, Kanye went as far as saying he was Amber’s baby daddy.

Supposedly, all is well between Wiz Khalifa and Kanye West, but after that comment about his son, they will never truly be good. This afternoon, Wiz went through his sneaker closet and ran across some Yeezys. Laughing, Wiz Khalifa knocked the shoe down, leaving it to hit the ground.

Hand Wiz Khalifa a pair of yeezys and look what happens 😭😭😂😂 pic.twitter.com/nMQULLwMKI