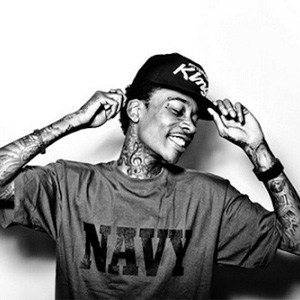 In a couple of weeks, Wiz Khalifa will release O.N.I.F.C., officially ending his term as a rookie in the rap game. Along with his music, Wiz Khalifa is preparing to be both a husband and a father. Longing for a real family, Wiz Khalifa intends to wed Amber Rose before the birth of their first child, a daughter.

With Wiz Khalifa preparing the release of his new album, he has been previewing the album. Releasing video clips explaining each song, Wiz Khalifa caught the attention of the rap world, once again. Now, Wiz Khalifa has one of the most-anticipated albums of 2012, along with Game.

Officially, Wiz Khalifa has become a mainstream topic and no longer exclusive to the hip hop world. Wiz Khalifa is making his media rounds in promotion of his new album and he recently stopped by with Larry King. The Pittsburgh rapper spoke with the CNN legend about everything from his music, his girl, his baby, and Snoop Dogg.