Home » Hip Hop News » Woman shares video of her experience at Kandi Burruss’ Old Lady Gang restaurant; Claims employees were fighting, the plates served to her were dirty, and the food was soggy [VIDEO] 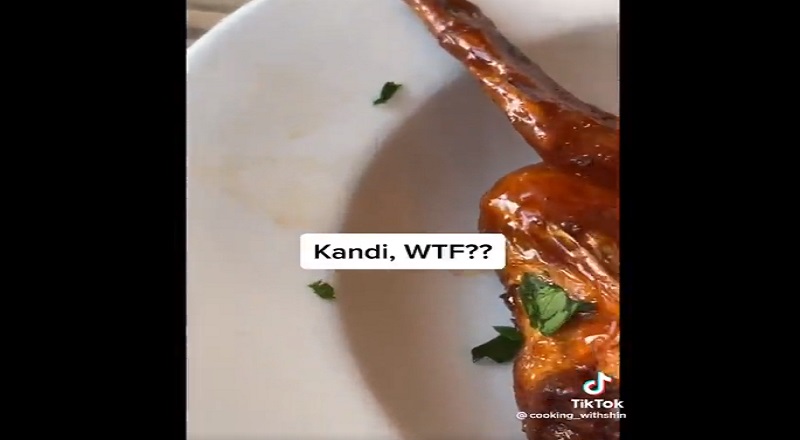 Kandi Burruss has spent the entire season of “The Real Housewives of Atlanta” battling Marlo Hampton. On this week’s episode, it was brought to Kandi’s attention that her children need more of her time. According to a prominent poster on TikTok, Kandi also needs to put more of her attention on the Old Lady Gang restaurant.

Kandi Burruss is a person who used the reality TV platform for what it was intended to be. When “The Real Housewives of Atlanta” cast her, Kandi went on the show, and portrayed her life. As a result, Kandi became a fan favorite. In addition, Kandi was business minded, so she’s had her own Bravo franchise under “The Real Housewives of Atlanta” umbrella.

Kandi Burruss has traded on her cbrityele for other business ventures, as well. When it came to cooking, Kandi said her aunts could throw down. As a result, Todd convinced Kandi to open a restaurant, which they call Old Lady Gang. Many people have visited the restaurant and given it good reviews.

Kandi Burruss now has a woman from TikTok, giving Old Lady Gang a bad review. The woman shared a video from her time dining at Old Lady Gang. First, the woman showed the employees fighting when she arrived at the restaurant. Second, her table was dirty, so she had to wait for it to be cleaned, before she could be seated. Third, when she was served her drink, it appears as if something was in it. Finally, when she received her food, she claimed the plate was dirty, and she said the chicken was soggy.

More in Hip Hop News
LeBron James signs two year $97.1 million extension with the Lakers, including player option for 2024-2025 season
Quavo and Takeoff finally reveal that bad timing was the reason why Takeoff was left off of “Bad and Boujee” single [VIDEO]