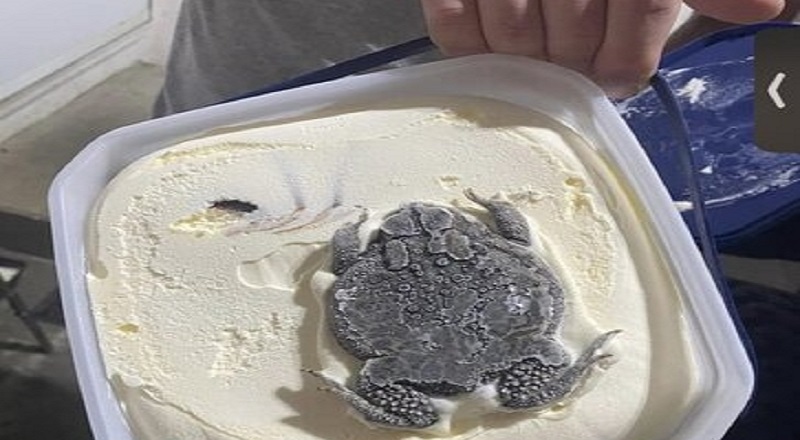 Woman finds a frog in her Blue Bell Ice Cream

Blue Bell Ice Cream came under fire from a woman on Facebook. This woman shared a photo of her container of Blue Bell Ice Cream. In the photo, there is a frozen, dead, frog on top of the ice cream. It is unclear how the frog got on top of the ice cream. Obviously, the woman did not eat this ice cream. Instead, the woman shared the photo of the frog in her ice cream on Facebook. As a result, the photo has gone viral.

Woman finds a frog in her Blue Bell Ice Cream