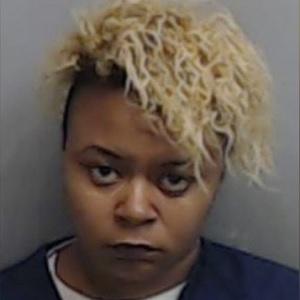 In Atlanta, there are several stories circulating about human trafficking, which are sparking fear. Then, in South Carolina, there was the controversial Jason Roger Pope story. Pope was popular on the local scene, in South Carolina, but was spreading HIV to black women.

Now, in the Atlanta metro area, Georgia Pitts, who happens to be a black woman, is accused of spreading HIV. According to reports, Pitts has been infected since October 2018. However, she is accused of not disclosing her status.

Georgia Pitts is an accused prostitute, who allegedly has HIV, but has sought no treatment for it. Arrested, the police are looking for potential victims of Pitts, who may have contracted the virus from her. Pitts now faces several charges, among them prostitution, and reckless conduct.

More in Hip Hop News
JUICE WRLD DIED: Twitter is heartbroken over the sad news of Juice WRLD dying, as they continue with the rest in peace posts, questioning why he died at 21, and crediting his talent… RIP Juice WRLD
Video surfaces of Apryl Jones kissing on FBG Baby Goat, in the club, and Lil Fizz gets ROASTED in his IG comments [VIDEO]