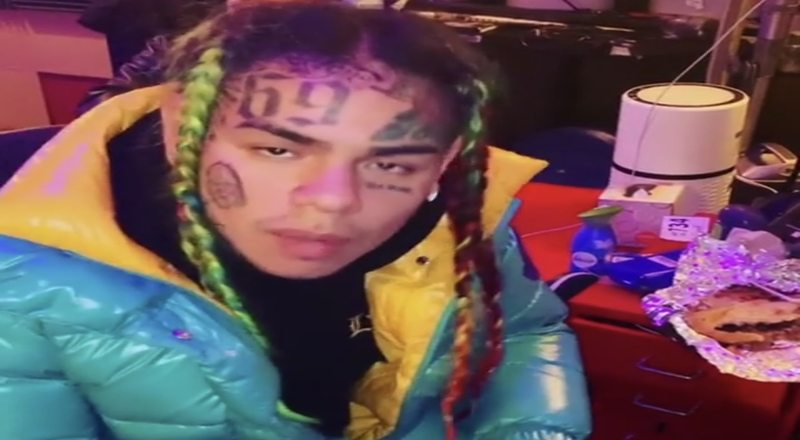 Tekashi 6ix9ine is still locked up for racketeering, murder conspiracy, weapons, and assault charges and is facing more ongoing legal issues. Feds are looking at him being involved in getting someone to shoot at Chief Keef this summer and even trying to kill his cousin. His trial date is set for September 4, 2019. 6ix9ine is facing a life sentence.

On top of the other legal issues 6ix9ine has faced in 2018, another one has been added to the list. According to DJVonTV, a paternity suit has been filed and is stating that 6ix9ine is the father of what could be his second child. The woman has yet to be revealed and wants child support payments. There still needs to be proof that 6ix9ine fathered this child. Failure to end up paying this money to the woman could make it even harder for him to beat his fed case as prosecutors could view him in a negative way.

6ix9ine’s lawyer Lance Lazzaro recently came out saying he is trying to get him to come home now but with facing a life sentence and possible child support, that will be very difficult to make happen. The Brooklyn rapper still has at least nine more months until he can possibly see freedom.