Home » Hip Hop News » Woman on TikTok, @nursebri_, goes viral for buying her boyfriend a card, earrings, and fixing him his favorite comfort foods, because he was sick, and then Twitter discovers he was cheating on her, as she caught him on a date with another woman [VIDEOS] 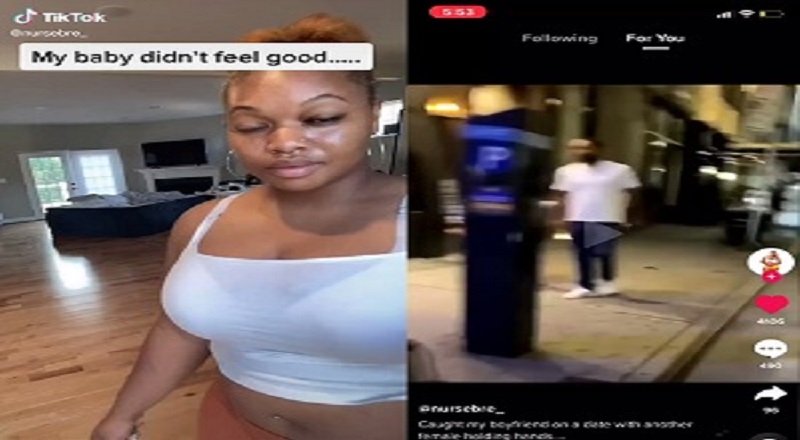 For all of this talk about men losing their women to women, or there being no good men, or women, there is @nursebri_. She was there for her man, under the belief that #BlackMenDontCheat. The leaders of that movement will still argue that “THEY DON’T.”

However, @nursebri_ had love for her man, and she went viral showing it. That has been one bright spot, of 2020, with people showing more commitment love than they have in years. But, the quarantine has been up for a while, so people have been moving around.

Because her man was sick, @nursebri_ went to the store, bought her man painkillers, and a card. Her cart was filled with his favorite comfort foods and when she got home, she cooked for him. The video went viral on Twitter, but there was more, she later posted another TikTok video of her catching him on a date with another woman, which also went viral on Twitter.

More in Hip Hop News
Cardi B and Candace Owens Beef on Twitter After Owens Criticized Content in Cardi’s Music
Masika blasted Ray J, asking how he could have smashed Hazel-E, and Ray confirms he and Hazel had sex, long before he and Princess were together #LHHH #TheConversation [VIDEO]