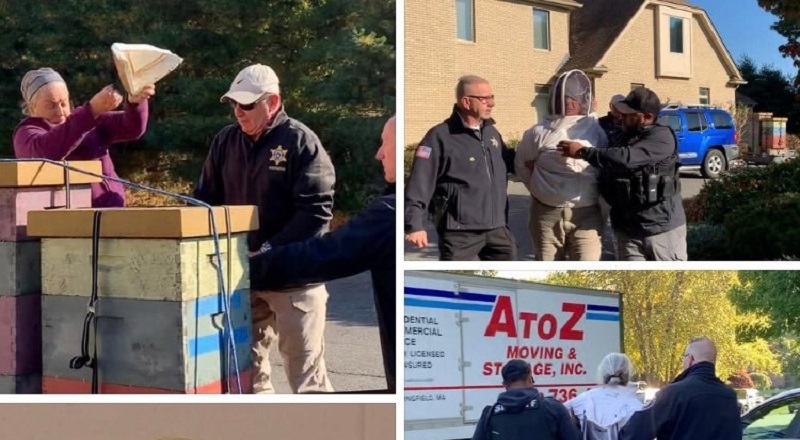 Woman releases swarm of bees on cops to stop eviction

When times get hard, people do desperate things in order to hold onto their sense of self. At the same time, when it comes to home ownership, or renting, anything can happen. In Massachusetts, 55-year-old Rorie Susan Woods, made sure anything did happen. A renter, Woods was facing eviction. As the police came to serve her notice, she did the unthinkable.

Rorie Susan Woods was renting a home in Massachusetts. The home is actually considered a mansion, as it is 9,500 square feet. According to Zillow, the home is worth over $1.5 million. While Woods was renting the home, it has been owned by the same family since 1979. One could understand Woods not wanting to give up such a nice home. So, when law enforcement came to serve her eviction notice, she took matters into her own hands.

As the sheriff’s deputies were trying to serve Rorie Susan Woods her eviction notice, she went to the trailer behind her car. Inside were bees that were being kept inside of a container. When Woods tried to lift the top, the police tried to stop her. As a result, Woods ended up smashing the container, which led to the bees becoming agitated, and flying around stinging everyone in sight. This left one officer, who was allergic to bees, hospitalized. In addition, Woods put on a beekeeper’s suit to protect herself. All of this led to her being charged with assault and battery with a dangerous weapon.

Woman releases swarm of bees on cops to stop eviction