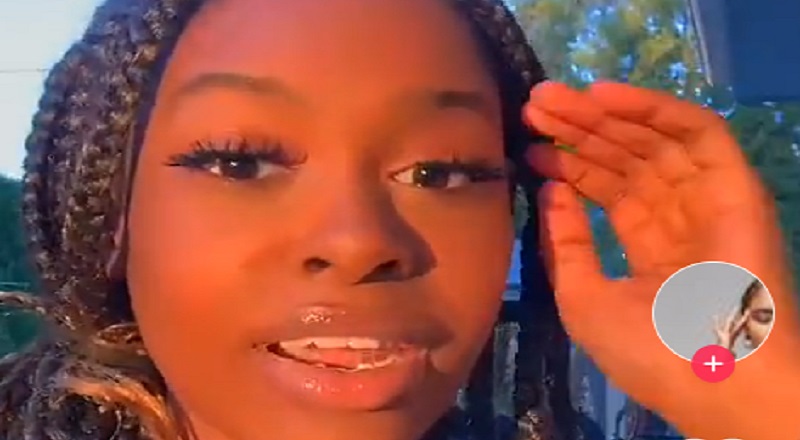 Gender wars have become one of the top debates on Twitter. A few years ago, Twitter was on the verge of becoming the top social platform. Nowadays, Twitter is more known for people getting on there to debate whichever stance it is. More often than not, it boils down to males against females. However, there are countless other debates going on. One woman was upset when she found an image of her being used for a debate.

On TikTok, a Black woman vented about a Black man using her photo to settle a debate. Apparently, the conversation was about Black women vs. White women. As a result, the man used a photo of the woman in the above photo, putting it beside a photo of Kylie Jenner. According to the woman, this was done in order to say Kylie was the better looking woman. However, this Black woman accused the man of using filters to make her look manly, whereas Kylie looked normal. With that in mind, the woman called this man out on TikTok, and nearly broke down into tears detailing what happened.