Home » Hip Hop News » St. Louis woman tries to steal police car, after avoiding arrest, and she crashes it into a tree [VIDEO] 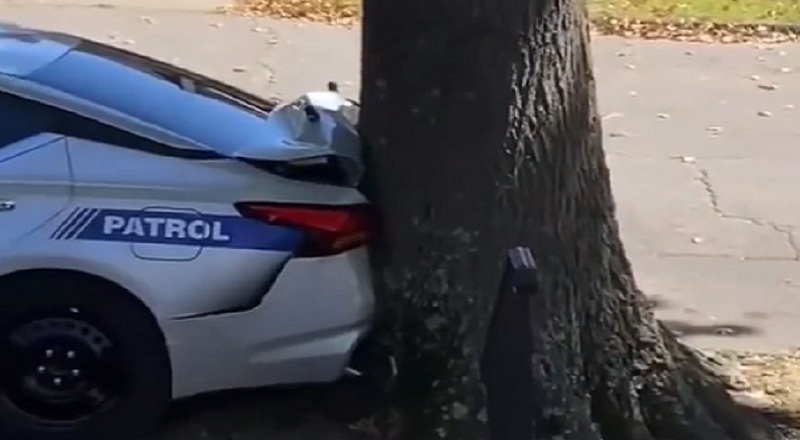 In St. Louis, a woman found herself confronted by law enforcement. Exactly what she was doing wasn’t shown, but she was acting suspiciously. From the looks of things, the police officers had grounds to arrest her. However, they instead opted to let her go. In turn, the woman runs into their running, but abandoned cruiser, and attempts to drive off in it.

Clearly, the woman is under the influence of something, as this is all that explains her behavior. After the police decided to let her go, she ran into their car and drove off. As a result, things got much worse. Her driving the vehicle showed that her thinking was impaired, in one way or another. After all, the woman only managed to drive a few feet, before she ended up crashing the car. How she ended up wrecking the vehicle also was in epic fashion.

Once law enforcement decided to let the woman go, instead of arresting her, she began to run. The woman ran right into the police’s vehicle, which was abandoned, but still running. As she ran towards the vehicle, the cops ran to try and stop her, but they were a little too slow. After that, the woman floored the vehicle, nearly hitting one of the officers. While they managed to slow her down, she remained in the car. From there, the car went in reverse and rammed into a tree.

More in Hip Hop News
JID and Smino announce “Love is 4Ever” Tour
Former NBA player, Ben Gordon, gets arrested for hitting his son so hard that he had to go to the hospital