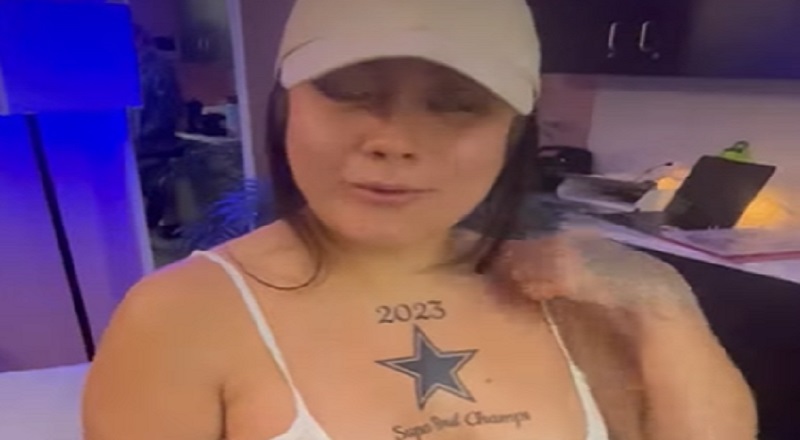 This season, the Dallas Cowboys have played a little better than usual. They have a few more wins, and over good teams, than they normally have. As a result, the Cowboys fans have realistic high hopes for the team. Early in the season, there were legitimate talks of the Cowboys winning a championship. Now, not everybody is thinking Super Bowl, but the Cowboys remain a good team. But there is one person who is a superfan of the team.

On Facebook, there is a video that has gone viral. In the video, there is a woman who is getting a tattoo on her chest. This video showed this lady getting the Dallas Cowboys’ logo tattooed to her chest. In addition, she had the 2023 Super Bowl championship put on it. Because of how polarizing the Cowboys are, this caused all kinds of conversation on Facebook. Even the guy in the video was telling the woman that her tatt would not likely age well.