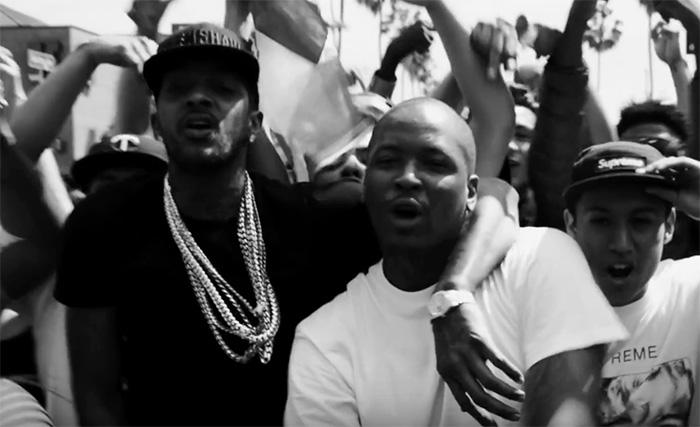 Its been almost 10 months since hip-hop lost Nipsey Hussle due to being shot and killed in his hometown of Los Angeles. Nipsey continues to receive a great amount of support from his fans as streaming numbers for his music are still soaring. His 2018 debut studio album “Victory Lap” went platinum last week. His The Marathon Clothing apparel is also boomin’ as well.

The GRAMMYs recently announced that a Nipsey tribute would take place at their annual awards show this month and the official performers are set, according to HipHop-N-More. Close friend and LA native, YG will hit the stage, Meek Mill, DJ Khaled, John Legend, Roddy Ricch, and Kirk Franklin will all be part of this moment. Khaled and Legend performing is definitely expected as they had a track with Nipsey called “Higher” off of Khaled’s “Father of Asahd” album in 2019. YG has also known Nipsey for years and have collaborated numerous times.

Nipsey without a doubt is a west coast legend in music and out. He did so much in his local LA community that will be remembered forever. It’ll be interesting to see how this tribute goes. The GRAMMYs take place in his hometown of Los Angeles on January 26 with it being televised on February 10.

More in Articles
Dretta Starr tells fans to mind their own business and stop tagging her about Gervonta and @yayasworld, saying they have grown to a mature relationship, he spoils her for being a good mother, and will introduce her to Yaya when he’s ready [PHOTO]
Chief Executive Officer of The Recording Academy, Deborah Dugan, Files Lawsuit For Sexual Harassment and Discrimination Against Music Lawyer Joel Katz and Details Rigged GRAMMY Nominations After Being Put on Administrative Leave [DETAILS]