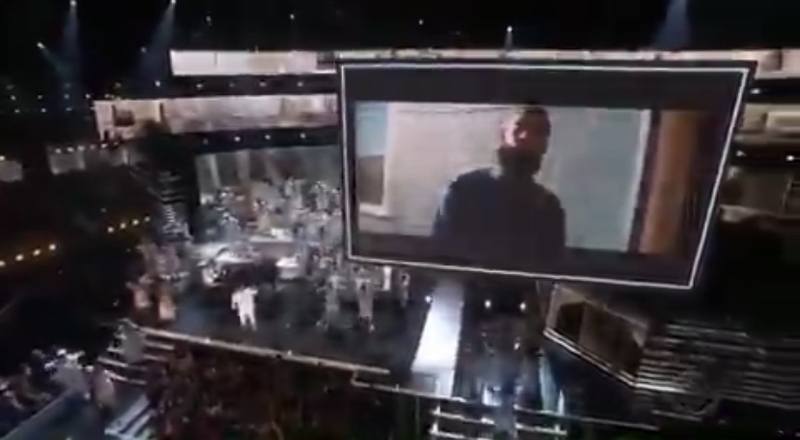 The GRAMMYS are going down at the STAPLES Center in Los Angeles right now as the Nipsey Hussle tribute was one of the most highly anticipated events. The late LA rapper had already won a GRAMMY for ‘Best Rap Performance’ for his 2019 “Racks In The Middle’ single featuring Roddy Ricch.

The Nipsey tribute just included and it featured YG, Meek Mill, Roddy Ricch, DJ Khaled, John Legend, and Kirk Franklin. Meek, YG, and Ricch performed their respective verses while Khaled and Legend performed “Higher” which was a record they did with Nipsey last year.

Nipsey’s verse was played as well as the choir was also dressed in Eritrea cultural attire. It was a beautiful scene in the venue where his funeral was also held last year. March will officially mark one year since he was shot and killed in his hometown. Check out the GRAMMY tribute below.
https://twitter.com/KFAMMediaLLC/status/1221636824520523776?s=20