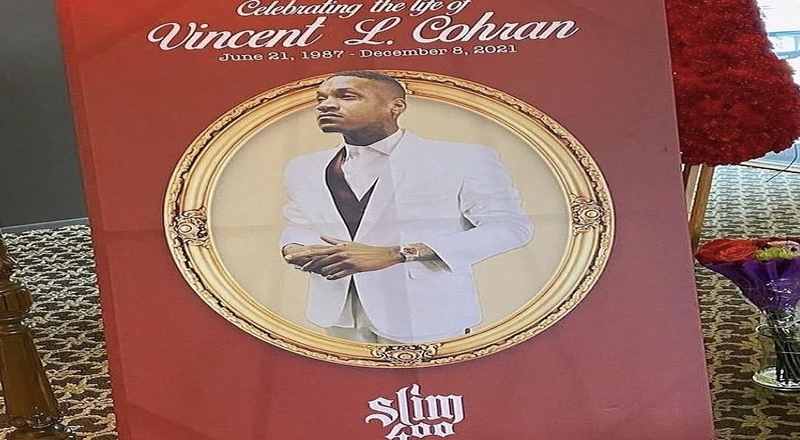 On December 21, Slim 400 was shot and killed, in Inglewood, CA. That appeared to be as a result of an altercation that was seen on camera. That shooting incident also came two years after the Compton rapper survived being shot nine times, in his hometown.

A few days ago, Slim reportedly finally had his funeral. Among the rappers who attended, were Mozzy, as well as Slim’s best friend, YG. YG and Mozzy are still two of the hottest rappers out of California, and have collaborated with Slim on plenty of occasions.

Slim was also very consistent as an artist in 2021, as he released two projects. These were his “BompTon” and “Ice Wata Army” mixtapes. He also appeared on multiple YG albums, such as “My Krazy Life” and “Still Brazy.

More in Hip Hop News
Brittany Renner tells Myron Gaines he has no right disrespecting women by telling them they aren’t special, as she tells him the Fresh and Fit Podcast isn’t special, calls the name “underwhelming” and says she hates the studio setup, which is why she turned their interview down [VIDEO]
Jeannie Mai says her and Jeezy’s newborn baby’s name is Monaco Mai Jenkins [VIDEO]