Home » Articles » YG Posts Photo In The Studio With DJ Mustard And Tyga; Could It Be A Single For Next Album? 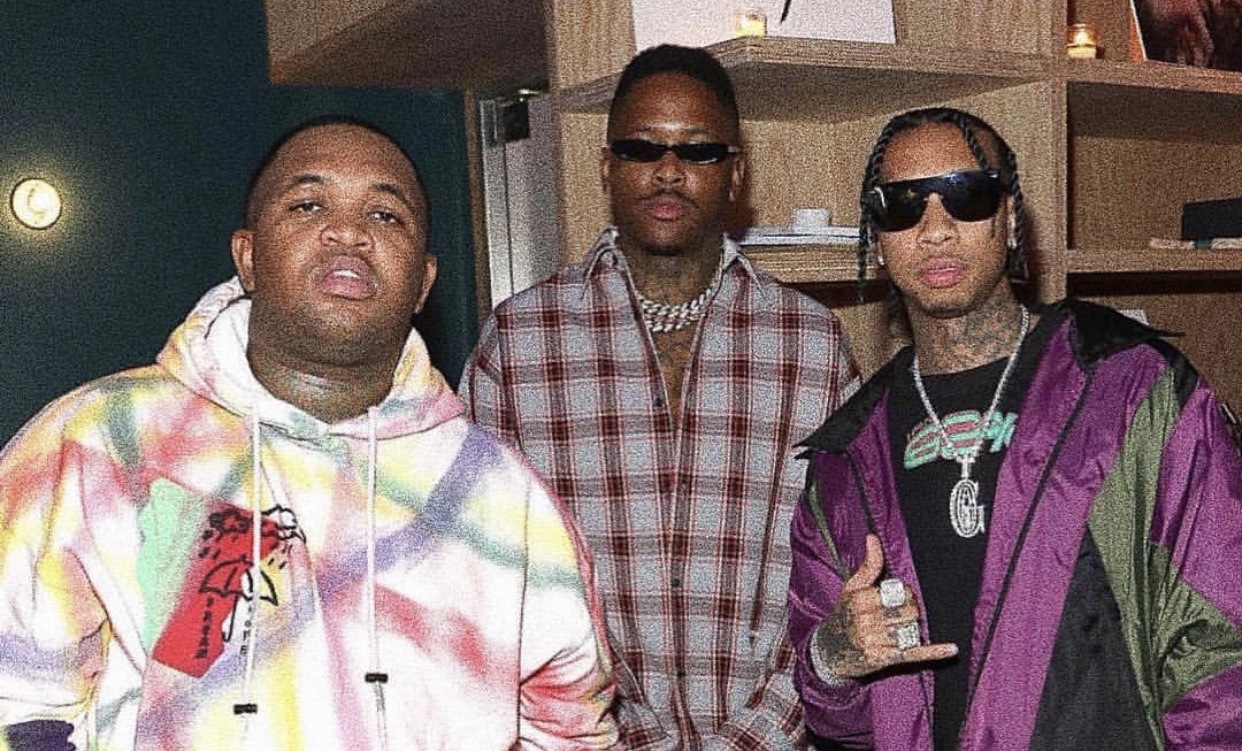 YG had a lit summer with the release of his “Stay Dangerous” album and just performed his ‘Handgun‘ single with A$AP Rocky at the BET Hip-Hop Awards. He also starred in the movie “White Boy Rick.” The 400 rapper has now posted a photo with long-time producer DJ Mustard amd fellow Compton native Tyga in the studio.

The three posting up together brings speculation as to if this will be potentially YG’s next single for his next project. The singles on Stay Dangerous met expectations and this collab could be a banger also.

Check out YG, DJ Mustard and Tyga in the studio below.
https://www.instagram.com/p/BpDPT-6F9Wu/?utm_source=ig_web_copy_link

More in Articles
Mike WiLL Made-It And Swae Lee To Create “Creed II” Movie Soundtrack: “CREED II SOUNDTRACK WILL BE ANOTHER RESPECTED PIECE OF ART” #CreedII [PHOTO]
Quavo Says “Culture III” Album Will Be Out In Early 2019