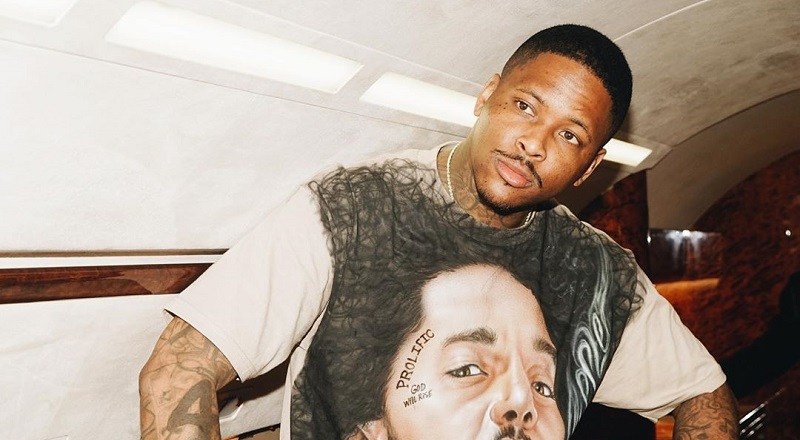 YG was arrested earlier this morning at his San Fernando Valley home after police hit him with search and arrest warrants. This was for a robbery he was allegedly involved in. He has since been transported to jail as his bail is set at $250,000, according to TMZ.

The 400 rapper has also hired attorney Joe Tacopina, who helped Meek Mill during his case in 2017-2018 as he was in prison for popping wheelies on a motorcycle in NYC. Tacopina says YG doesn’t know what investigators are arresting him for in regards to the robbery charge and there’s “no truth” to the allegations.

Tacopina added that that he and YG actually found out about the case through reports by the media. He guarantees that YG will be cleared of all charges. Tacopina also finds the situation suspicious considering that YG is set to perform a Nipsey Hussle tribute at the GRAMMYs in Los Angeles this Sunday. The Game mentioned this on Twitter as well.

“YG has a performance scheduled at The Grammy’s Sunday where he will honor Nipsey Hussle … so the timing is suspect, to put it mildly,” said Tacopina.

Police have in fact still not explained what robbery YG was involved in. Hopefully, we all get some answers by the end of the weekend.

Continue Reading
You may also like...
Related Topics:los angeles, yg

More in Articles
R. Kelly Misses Court Date Due To Emergency Surgery To Repair Hernia
Gervona Davis gets put on blast for Baltimore woman, Natalia Marie (@fab_talz), who accuses him of acting Hollywood with her in LA; The two got into Twitter argument, after she says Gervonta barely spoke, and he accuses her of being drunk [PHOTO]