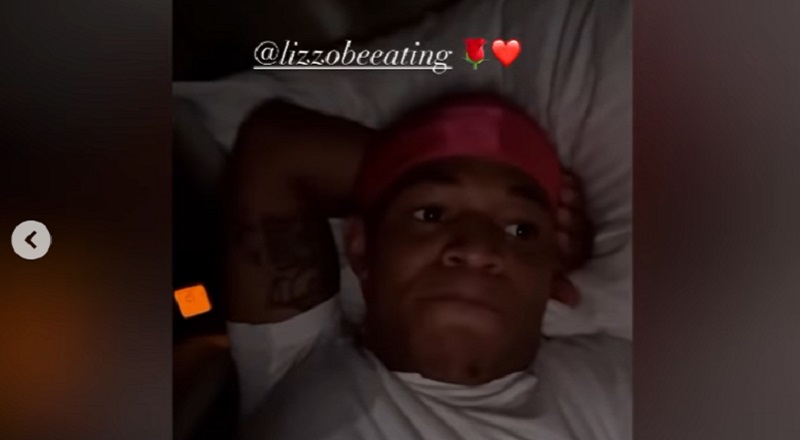 YK Osiris tells Lizzo that he slid in her DMs

YK Osiris was the R&B phenom, a few years ago. In 2018, he enjoyed much mixtape success. After that, YK Osiris signed with Def Jam. When YK Osiris dropped his single, “Worth It,” he dominated radio. As a result, YK Osiris had a ton of momentum when he released his debut album.

YK Osiris is returning with music releases, here in 2022. It makes it likely that all of the pranks from the likes of Drake, last year, were promoting upcoming YK Osiris music. Recently, YK Osiris was at a parade, and there was a woman who got the best of him. It looked like YK Osiris had so much fun. Now, YK Osiris seems like he wants to have even more fun. On Instagram, YK Osiris shared a video where he was shooting his shot at Lizzo. In the video, YK Osiris tells Lizzo she is beautiful and to check her DMs.

YK Osiris tells Lizzo that he slid in her DMs

More in Hip Hop News
Usher recreates famous “U” dance from “U Remind Me” video in concert [VIDEO]
Mase links with Gillie Da King and Wallo, after Fivio Foreign interview, and refers to himself as “Diddy 2.0” [VIDEO]