Home » Articles » YOU ARE THE FATHER? Carmelo Anthony’s Alleged Baby Mama, Mia Burks, Says A DNA Test Has Been Taken for His Daughter [PHOTOS] 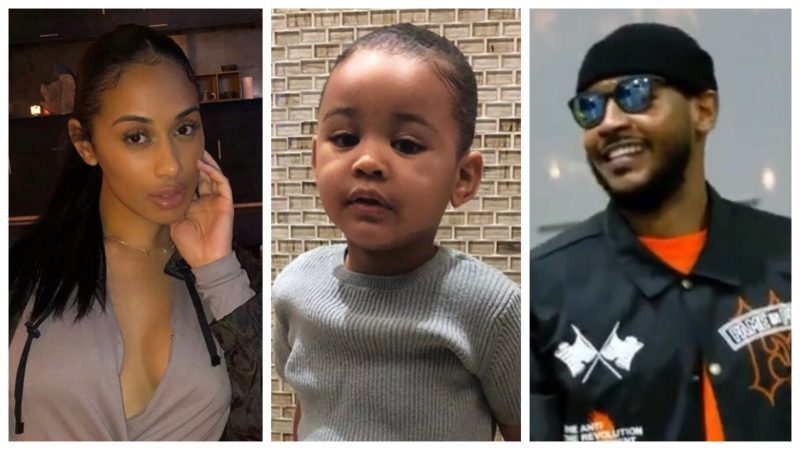 Carmelo Anthony has yet to confirm, or deny, that he is the father of a gorgeous little girl named Genesis. His alleged baby mother, Mia Burks, has confirmed to a fan on social media, that a DNA test for her daughter has been taken. A fan wrote, “dam she looks just like her dad 😩.” That comment was followed by another fan asking “has there been a DNA test?” Mia replied “YUP 😘.”

Previously, Mia has taken to social media to express her frustration with Carmelo as a father. She said that he doesn’t spend any time with his daughter, and barely helps out as far as expenses are concerned.

It’s really just a sad situation for the little girl. She didn’t ask to be here. Carmelo needs to man up and be there for his daughter and stop acting like she doesn’t exist. Take a look at the screenshot below.

More in Articles
Angela, Vanessa, and JoJo Simmons talk childhood beef, love life, “Growing Up Hip Hop,” and more on “The Breakfast Club” [VIDEO]
Cry Me a River! Justin Timberlake Apologizes For “Lapse In Judgement” After He Was Caught Getting Cozy With His Co-Star, Alisha Wainwright [PHOTOS]