Home » Hip Hop News » Young Chop goes to 21 Savage’s old hood, looking for him, calling his crew “scared” and “goofy,” promising to pull up at his condo in Buckhead [VIDEO] 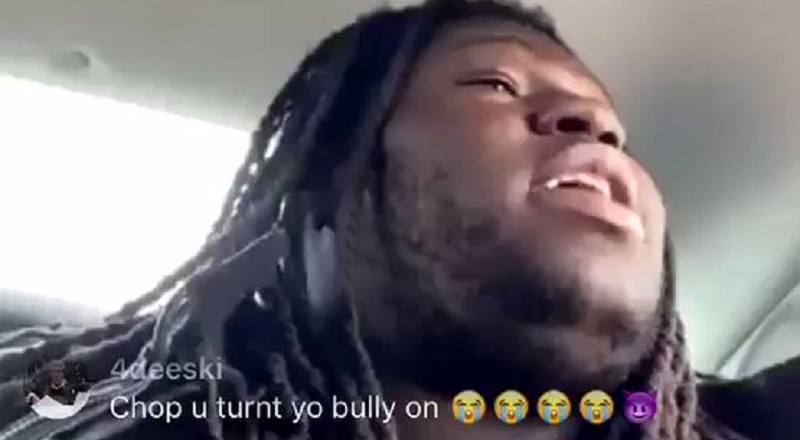 Through his career, Young Chop has never been a stranger to controversy. Rising on the Chicago scene, with Chief Keef, Young Chop took shots at Kanye West. This came in spite of him remixing their breakout single, “I Don’t Like,” upset that Kanye spliced the beat.

Young Chop and Kanye West eventually got on good terms, when they were all flown out to Paris to work on Yeezus. Still, Young Chop has found ways to get into beef. Since 2014, he has seen his popularity dwindle, but he’s kept releasing music.

Recently, Young Chop released an album, and he’s been starting beef with a lot of people. As everybody saw, he and Sukihana already got into it, but Young Chop has also been trying 21 Savage, saying he went into his hood, got shot at, so he shot back. Now, he returned to his old hood, looking for him, calling him and his people, scared and goofy, promising to go to his Buckhead condo to confront him.

More in Hip Hop News
Ari Lennox tells 21 Savage that he’s fine as hell, on his IG Live, when he was doing his R&B singing, she was shooting her shot [PHOTO]
Suki … Sukihana owns Twitter, after she put Young Chop in his place, calling out the plaque on his teeth, and clowning his gun, for all the beef he’s been starting, this weekend [VIDEO]