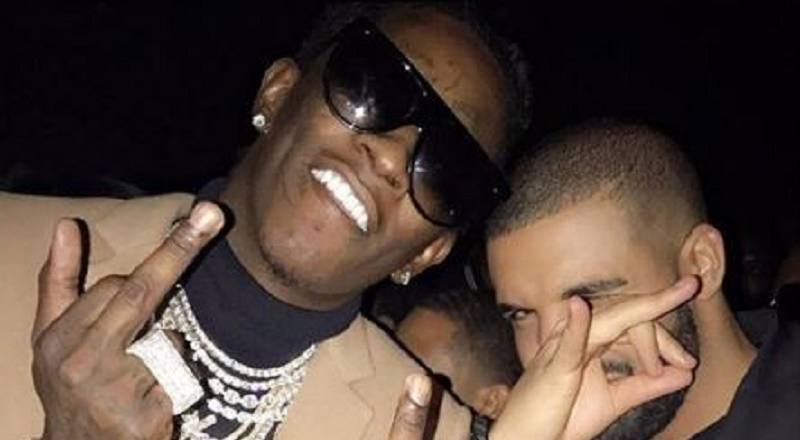 Three years ago, when Young Thug was rising to fame, he began associating with Cash Money Records. All signs indicated that Thug signed with Birdman’s label. The first record he hopped on was Drake’s then-rising hit, “The Language,” which was a mild success.

However, it was soon revealed that Lil Wayne was on the outs with his “father,” Birdman. With that being the case, Young Thug never got to live out his dreams of working with Wayne, Drake, and Nicki Minaj. In actuality, he ended up beefing with Lil Wayne, and later Game.

Now, a lot has changed between Young Thug and his former rap rivals and he’s also backed away from Birdman, a bit. Putting in that heavy work, Young Thug is now touring in Europe. He has revealed, via Instagram, that he’s touring in Europe, which is the caption of his photo with Drake.

More in Hip Hop News
Orlando Brown sextape from yesterday morning has him as Twitter’s leading trending topic, as fans are disgusted that he really leaked his own sextape [VIDEO]
HHV Exclusive: Kathia Woods talks “A Cup of Soul” radio show and rising success in Philly