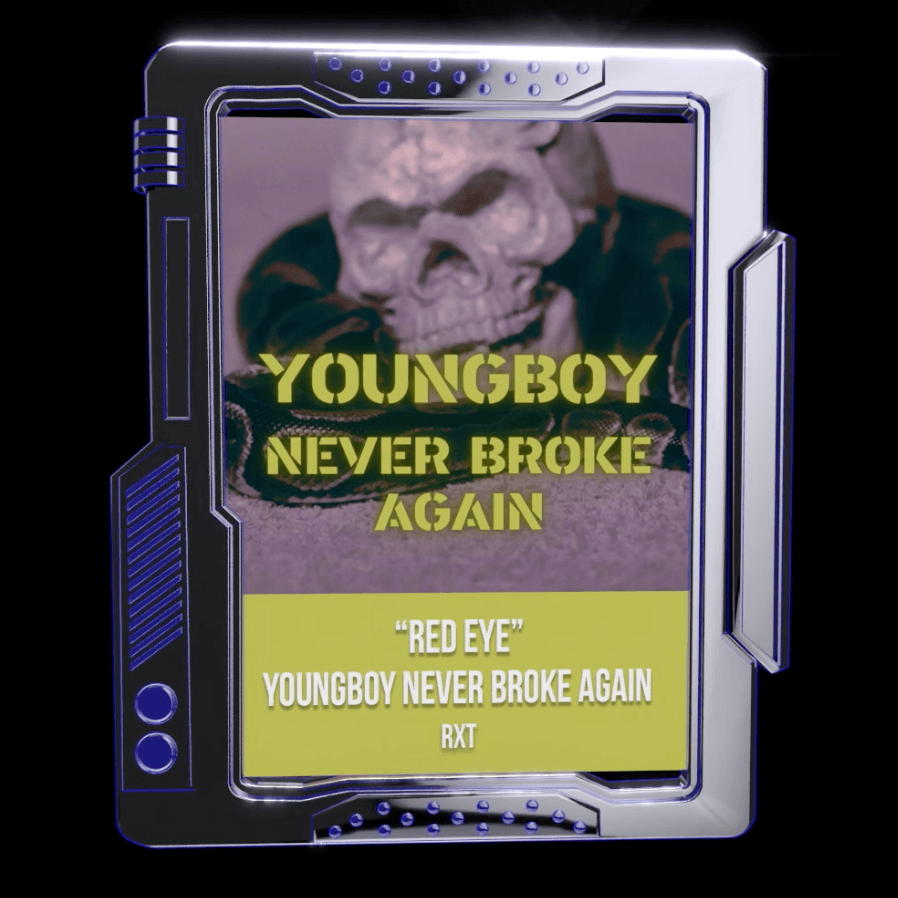 Earlier this year, Royalty Exchange auctioned a single-song listing featuring producer royalties earned on “Red Eye” from rapper YoungBoy Never Broke Again. Now, the winning investor is selling this asset as an NFT with all future payments to be made in Ether. The winner of this auction will collect streaming and digital download earnings for the lifetime of the copyright on the single, as well as a share of royalties earned by sales of the associated album.

Bidding on this auction began at 3.274 ETH (approx. $13,934 USD) yesterday and will continue through today at 5 PM ET. Check out the auction here.

Over the last five years, YoungBoy Never Broke Again has emerged as one of today’s most popular rappers. He has a staggering YouTube following — currently sitting at No. 1 on the U.S. YouTube Music chart, with 248 consecutive weeks on the chart. In the last 28 days, his videos have globally amassed a combined 190 million views on the platform.

“Red Eye” was released in 2020 on YoungBoy’s 15th mixtape album Still Flexin, Still Steppin. The mixtape was successful, debuting at No. 2 on the Billboard 200 and was YoungBoy’s second-highest charting album at the time. “Red Eye” is also featured on the official NBA 2K21 soundtrack created for the popular video game that’s sold over 10 million copies to date. The single “Red Eye” has nearly 32+ million spins on Spotify.

More in Hip Hop News
Employees at Makeda’s Cookies, in Memphis, Are Reportedly “Traumatized,” After Witnessing Young Dolph’s Murder; Will Be Able to Take as Much Time Off as Possible and Continue to Receive Paychecks
London On Da Track Appears To Troll Summer Walker, By Saying He’s “Honored,” To Be Involved With Her New “Still Over It” Album