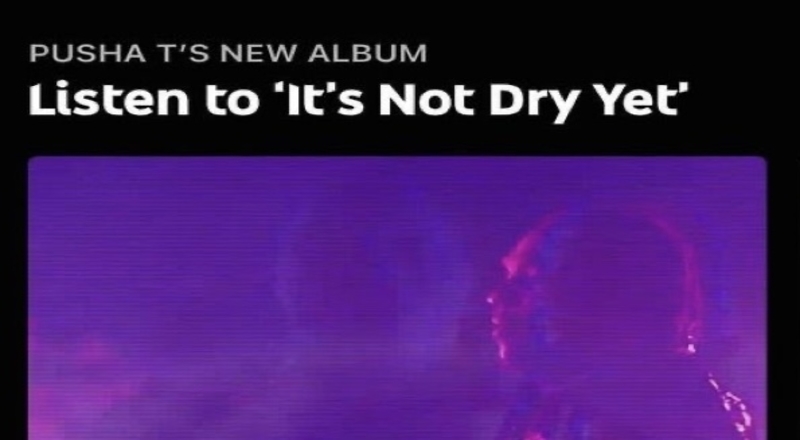 Fans have been waiting for a new Pusha T album for a while now, as it’s been almost four years. The previous one was “Daytona,” in May 2018, as he was still in the middle of an ongoing feud with Drake.

Pusha recently claimed that his upcoming fourth studio album will actually be better than Daytona. Now, it looks like the official title for this project has been leaked.

YouTube Music had a promotional image up, that says “Pusha T’s new album: Listen to ‘It’s Not Dry Yet.'” This is despite the fact that there’s no new album out yet, by Pusha. This has yet to be confirmed by the Virginia rapper, or nor his team.

As of now, there is no official release date for Pusha’s album yet, either. The last piece of new music that fans received from him though was his guest appearances on Babyface Ray’s new “Dancing With The Devil” single, which dropped today.

More in Album Preview
Kanye West is reportedly planning to have Sunday Service events, on both Coachella weekends
NBA Youngboy was the number one streamed artist in the US, in video streams, in 2021