Home » Hip Hop News » Yovanna gets called a bird, and thirsty, accused of being “the snake,” befriending Cynthia to report back to NeNe by #RHOA fans on Twitter 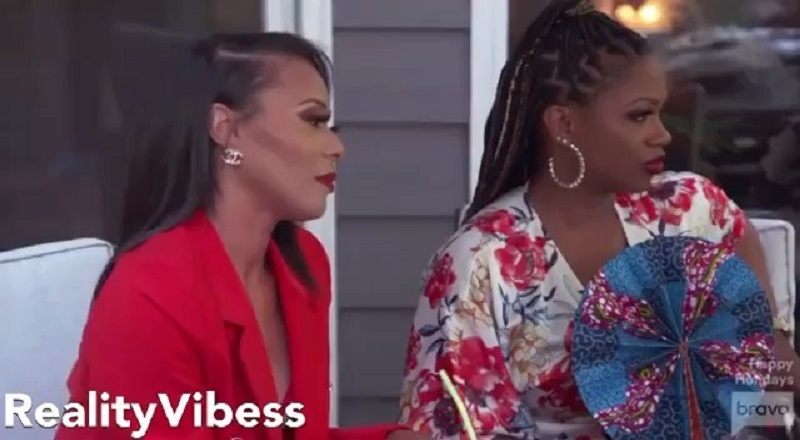 Last night, Yovanna was really just a b*tch in the eyes of most viewers of “The Real Housewives of Atlanta.” Previously, she made her strong debut on the show, calling herself “that b*tch.” But, it looks as if her sole purpose is to hang out with Cynthia to report back to NeNe.

Most remember, last season, NeNe getting upset with the entire cast, and ending her friendships with them. This led to Cynthia being cut off, with NeNe saying that one hurt the most. Their current feud is comparable to their 2015 feud, which ended early in 2016.

Yovanna is the difference, this time around, as she all but said that she is hanging with Cynthia to report to NeNe. Cynthia checked her on that, but Twitter feels as if it’s not enough. Everything Cynthia didn’t say about her, the fans did, calling Yovanna a “bird,” a “snake,” saying she deserved the thirsty award, and more.

Read the tweets about Yovanna below:

More in Hip Hop News
Roddy Ricch Reveals Full Tracklist for Debut Album “Please Excuse Me for Being Antisocial;” Features Include Meek Mill, Ty Dolla $ign, Gunna and More
Eva Marcille blasts Kenya for re-gifting the doll she gave her to Porsha, calling her out for blasting her on social media, instantly, and saying she’s a bully turned victim #RHOA [PHOTO + VIDEO]