Home » Hip Hop News » Yung Baby Tate fires back at people criticizing her for showing her natural body, natural stomach; She drags Lil Baby’s ex, Ayesha, for criticizing her, saying her body is the results of poor eating habits 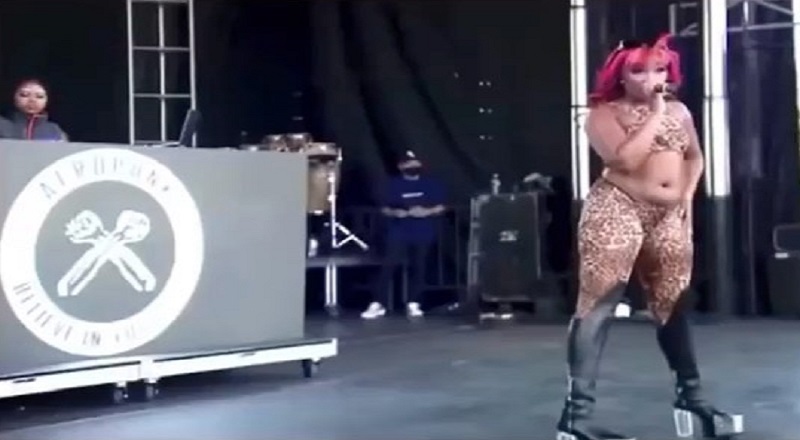 Many people got to know Yung Baby Tate, for the first time, on “Love & Hip Hop Atlanta.” She was dating Guapdad 4000, during the first part of the season. The two split, after she got tired of the disrespect, and she briefly dated a woman, on the show.

Recently, Yung Baby Tate performed at Afropunk, and she boldly showed off her body. At a time when most women have gotten work done, she showed her natural curves. This led to people making rude comments about her and Lil Baby’s ex, Ayesha, made comments about her body not being natural, but the results of a poor diet, so Baby Tate shaded her about Lil Baby leaving her.