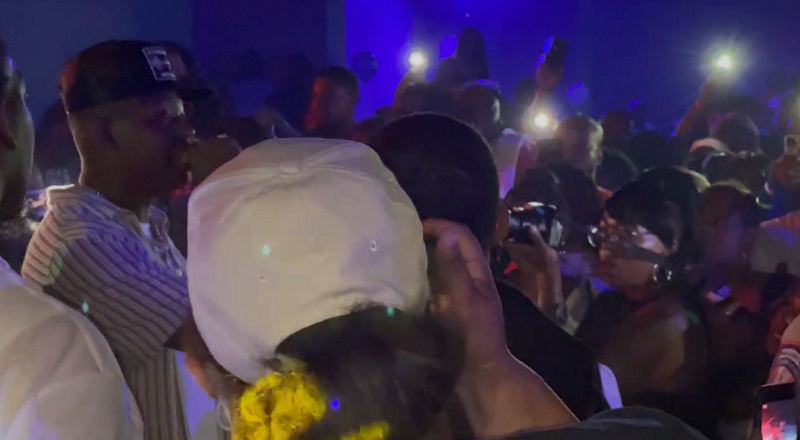 Currently, Yung Bleu is one of the hottest rappers in the game. At the end of 2020, his single, “You Mines Still,” ended up taking over the internet. The song even had Drake jump on the official remix.

Yung Bleu is one of the most-promising rappers in the game. As it currently stands, everyone wants to be where he is. Over the weekend, Yung Bleu was booked to do a show, in Fayetteville, North Carolina.

Fans waited, all night, for Yung Bleu to arrive, at his show, in Fayetteville, North Carolina. After performing a couple of songs, Yung Bleu apologized for showing up late, saying he came when the promoter, BYU Gang Ent., told him to. As he was leaving, he offered another apology to the fans.

More in Hip Hop News
Kwame Brown had time, calling Stephen Jackson a “fake Black Lives Matter activist,” ranting over Gilbert Arenas’ comments, on “All The Smoke,” calling him the “whitest black guy” he ever met, ranting on IG Live, called Matt Barnes “Becky with the good hair” ; Fans on Twitter say they never heard his voice, what he sounds like, until now [VIDEO]
Drew Sidora gets dragged, on Twitter, for old tweets, where she said fans called her the “reincarnation of Aaliyah”