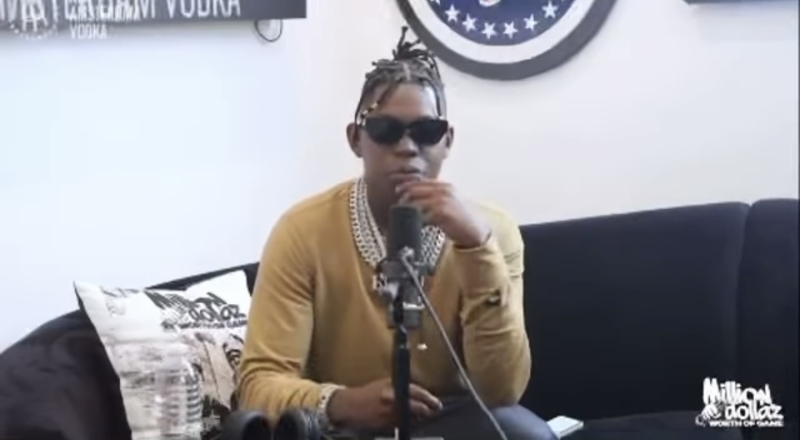 Yung Bleu has become one of the most versatile artists in the industry, as he really started to blow up as an artist, in 2018. Boosie originally signed him to his Badazz Music Syndicate label, and things really skyrocketed.

In 2020, Bleu scored the biggest hit of his career, with “You’re Mines Still.” This also featured Drake, as it went on to peak at number 18 on the Billboard Hot 100 chart. It is also 2x platinum in the US.

Bleu recently appeared on the “Million Dollaz Worth Of Game” podcast, and revealed how the “You’re Mines Still” collab with Drake, came about. Bleu says that NBA star DeMarcus Cousins sent the song to Drake. Cousins and Bleu are both from Mobile, AL.

“Boogie — he from my city, and [him and Drake] are close. When I had dropped my EP, Boogie was just like, ‘Man, that “You’re Mine’s Still” goes hard. I can hear Drake on that. I’m like, ‘Me too!’ I can hear Drake on anything. I wasn’t really thinking like it was gon’ happen or nothing like that. I was just like, ‘Send it to him, see what he say.’ He was like ‘I’ll send it to him, bet.'”

“A week go by, I’m just chilling at my house recording. Look at my phone, and I see Drake in my DM. He’s like ‘Boogie sent me the song, send it to me.’ I stopped what I’m doing, opened a verse, and sent it to him. I had waited a few hours. I was trying to stay up, but I had done went to sleep.”

Bleu missed a FaceTime call from Drake due to being asleep, he eventually connected with Drake, the next day. That’s when Drake confirmed that he sent the song over, with his verse.

More in Hip Hop News
Gunna has been denied bond and will stand trial on January 9
Travis Scott’s Nike Air Max 1 collaboration to be released, this week [PHOTOS]