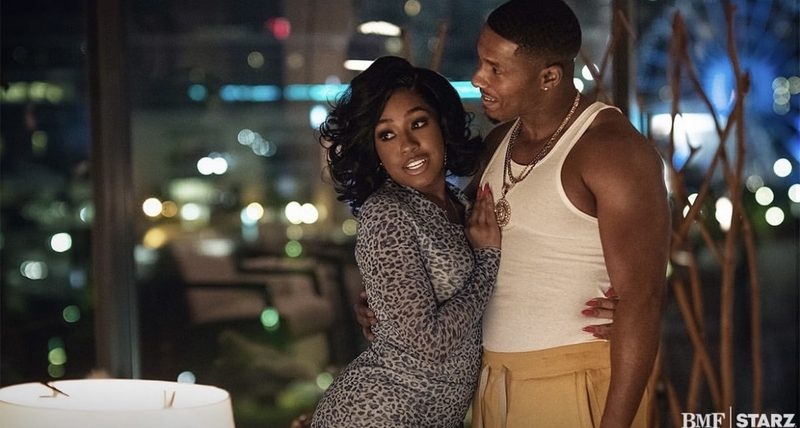 Yung Miami to appear in season 2 of “BMF”

Last fall, 50 Cent brought another hot show to TV, with “BMF.” This detailed the rise of Demetrius “Big Meech” Flenory and his brother Terry “Southwest T” Flenory, as one of the biggest drug dealers in Detroit. Meech’s son, Demetrius “Lil Meech” Flenory Jr, plays the role of him.

Over the course of season 1, BMF saw various celebrity appearances. These included Kash Doll, Snoop Dogg, and Eminem. BMF season 2 is coming in January, and as it was recently revealed that Mo’Nique would appear in the show.

Now, Yung Miami says she will also be joining the cast of season 2 of BMF. She just took to Instagram, to post a photo of herself, appearing in a scene of one of the episodes. It’s unclear what specific role that Miami’s character will play, but fans of the City Girls rapper are already excited that she’s received this opportunity.

In addition to season 2 of BMF arriving in January, 50 and STARZ are also bringing a BMF documentary, set to air on October 23. This is “The BMF Documentary: Blowing Money Fast.” This will also offer a deeper insight into Big Meech and Southwest T.

Yung Miami to appear in season 2 of “BMF”