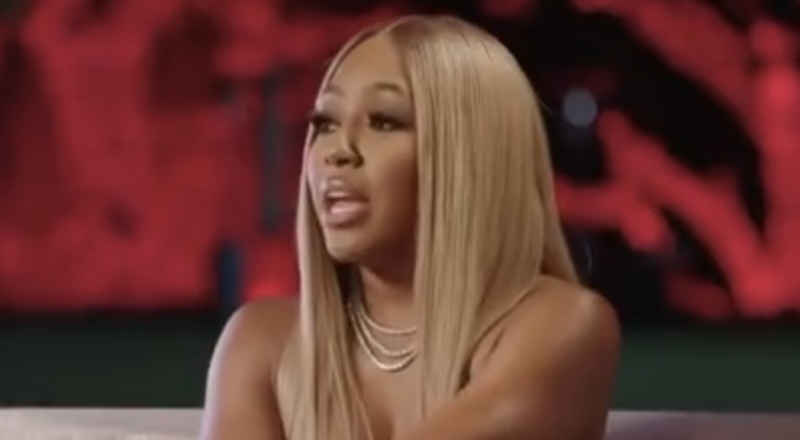 Yung Miami has been having another amazing year. This includes success with JT as City Girls, as they’ve released singles such as “Top Notch” featuring Fivio Foreign, and “Good Love,” featuring Usher.

This summer, Miami also launched her own podcast on REVOLT, “Caresha Please.” She’s had guests on the show such as Diddy, Megan Thee Stallion, Saweetie, and Latto. Fans have been very entertained by this show, despite not that many episodes being out.

On Tuesday night, Caresha Please also scored a huge win at the BET Hip-Hop Awards. It surprisingly won in the category of Best Hip-Hop Platform. Other nominees included The Breakfast Club, Complex, Million Dollaz Worth Of Game, and Drink Champs.

Diddy was invited on The Breakfast Club on Wednesday morning, as Charlamagne Tha God made it known that he highly disagrees that Caresha Please should’ve won. Diddy, who is dating Miami, praised his her podcast, heavily.

On Twitter, Miami also responded to the Caresha Please criticism. She tweeted “Not y’all mad #Careshaplease won an award? Awwww. :’(” This appeared to be a possible response to Charlamagne, but definitely against criticism of her podcast already winning an award.

Check out Yung Miami speaking out on Caresha Please winning at the Hip-Hop Awards, as well as Charlamagne Tha God speaking out, below.

More in Hip Hop News
Kodak Black disses BET and Latto, after “Big Energy” wins Song Of The Year, at #HipHopAwards
Woman drives a wrecked car on a freeway that is missing front right tire [VIDEO]