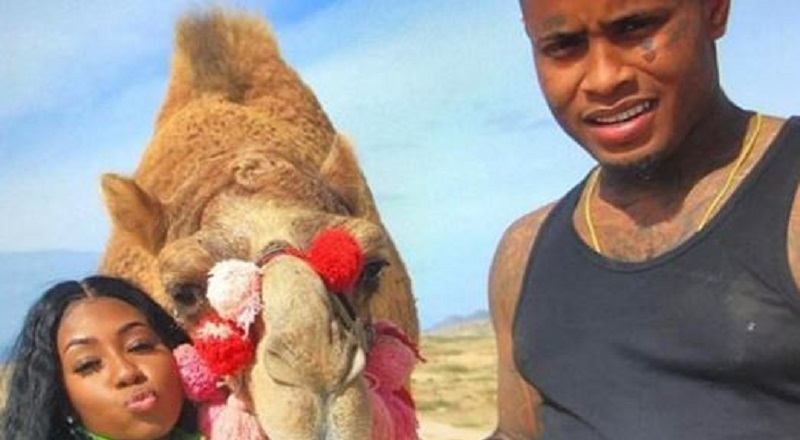 Claiming the spotlight, Yung Miami has established herself as a big fixture on the gossip blogs. Recently, Yung Miami confirmed rumors she was pregnant. This followed rumors that Yung Miami was having an affair with P, her label head, and Lira Galore’s fiancee.

Yung Miami also had rumors of dating Southside, the 808 Mafia producer. However, Yung Miami denied those rumors, only to later confirm them. On top of that, fans have concluded that Southside is the baby daddy.

Whatever is the case, Yung Miami is on vacation with Southside. She has confirmed that this is her man. There was a lot of love for this move, including P, her alleged lover, and when a fan said Southside looks like he beats women, Yung Miami said he does.

More in Hip Hop News
Kodak Black Walks Out Of Interview With Hot 97’s, Ebro, When Asked About His Sexual Assault Case [VIDEO]
Future responds to Ciara involving the courts, due to his travel schedule, and seeing his son, with video saying “leave me alone, just leave me alone, leave me the f*ck alone!” [VIDEO]