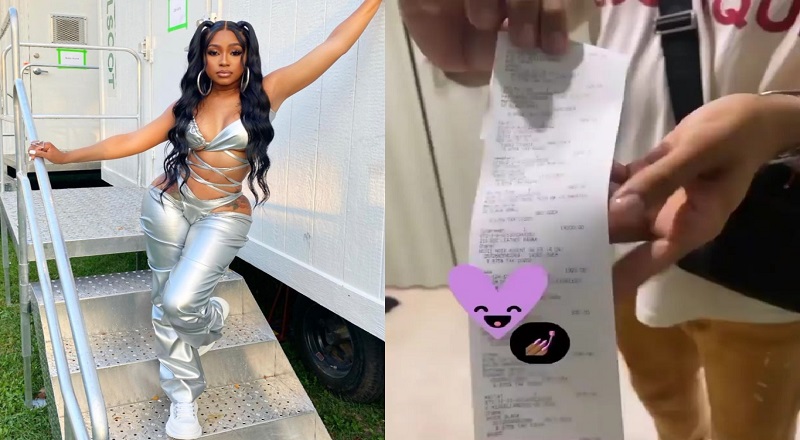 This summer, Yung Miami kept people talking, as she and Diddy kept making appearances together. While fans speculated whether or not the two were together, a rumor surfaced that he gives her $250,000 a month. Now, Caresha has revealed her “papi” gave her $99,000 just to shop.

Recently, Diddy has been spotted kissing Joie Chavis, so rumors say they’re dating. With that being the case, the gossip blogs say Yung Miami is now single again. Making matters much more messy, just a week prior to the kiss, Joie and Miami were hanging out.

Yung Miami made it clear what she does to get a man and what she gets from men. This afternoon, she showed off a receipt longer than some highways. The bill tallied up to $99,000 and she claims her “papi” gave her that just to shop, which lines up with the Diddy rumors, from this past summer.