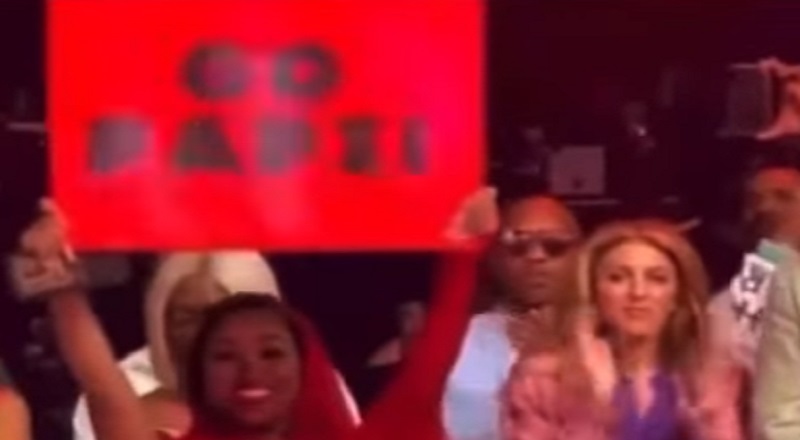 Yung Miami has been one of the biggest names in hip hop since 2018. When City Girls rose to fame, JT was sent to prison. As a result, Yung Miami had to hold City Girls down as a solo artist. While it was awkward, Yung Miami propelled to the top of the game.

Yung Miami fit right back in with JT, upon her release. In the years since, Yung Miami and JT have become fixtures within the hip hop world. Since last year, Yung Miami has been spending time with Diddy. Recently, Yung Miami interviewed Diddy and told him “we go together.”

Yung Miami and Diddy were at the 2022 BET Awards. While they did not sit together, nor did they walk in together, that does not mean they were not together. Diddy was in the building being honored for the Lifetime Achievement award. Those who helped Diddy celebrate were Jadakiss, Sheek Louch, Mary J. Blige, K-Ci & Jojo, Kanye West, Irv Gotti, and others. In Diddy’s acceptance speech, he shouted out Cassie, while watching Yung Miami hold a “Go Papi” sign.

Yung Miami has received a lot of backlash from social media over her sign. This afternoon, Yung Miami responded to the criticism. Already, Yung Miami and JT clapped back on Jessie Woo. For all of the haters, Yung Miami took to Twitter saying “support those who support you.” Yung Miami added to never care what people say.

More in Hip Hop News
Megan Thee Stallion has fans excited on Twitter, after posting new twerk video, and want her to host twerk classes [VIDEO]
Drake now has second most number one singles by a male soloist in Billboard Hot 100 history; Behind Michael Jackson