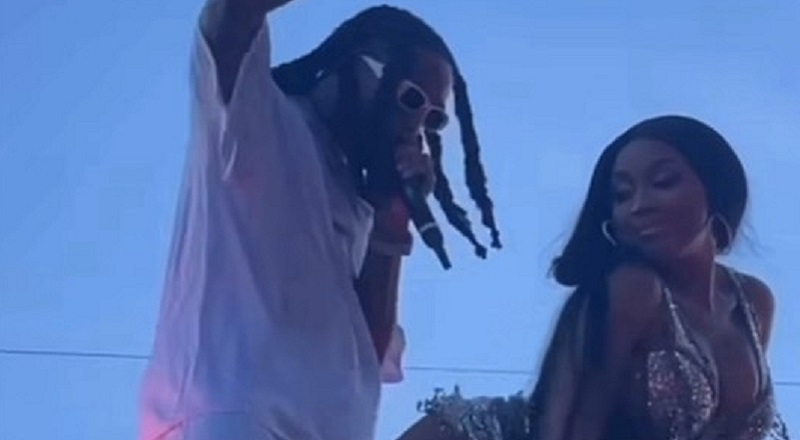 Yung Miami has silently, but loudly, dominated the rap game, over the past four years. It turns out, 2018 was the quiet end of Migos, as it appears. At the same time, City Girls made themselves known. In 2018, City Girls took the world over.

Yung Miami put an end to the speculation about Diddy, when he launched her “Caresha Please” talk show on his network. In the trailer for their episode, Yung Miami asked Diddy if they were an item. Diddy answered that they are together, but he is still single. After that, Diddy went on Instagram Live with his son, and accidentally showed another woman, Jesse Mae, on his Live.

Yung Miami is at Rolling Loud, in her native Miami, just one day later. Her label-mate, Quavo, of Migos, was performing on stage with her. Yesterday, Quavo’s ex, Saweetie, was performing, and she stopped her concert to flirt with one of her fans, going viral in the process. Now, Yung Miami and Quavo have created their own viral moment. While they were performing, Yung Miami backed it up on Quavo, and he caught it.

More in Hip Hop News
Shenseea snatched her wig off, in TikTok video, and it looked uncomfortable [VIDEO]
Swae Lee climbs out of elevator after being stuck for five hours [VIDEO]