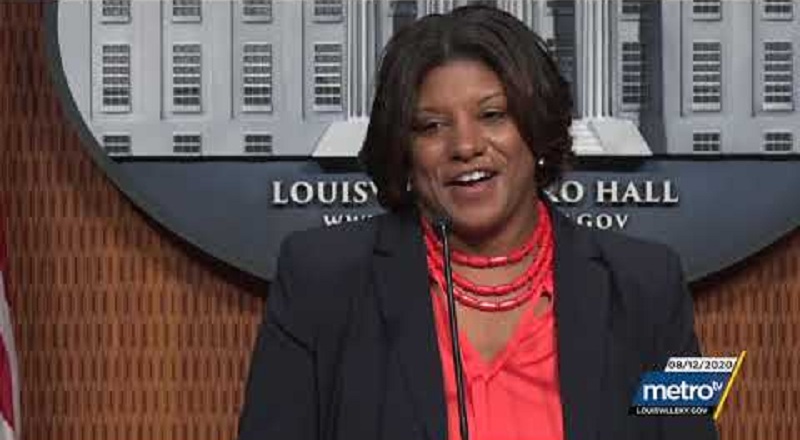 Since March, Louisville, Kentucky has been at the center of the current race wars. Louisville is most-prominently joined by Minneapolis, MN and Kenosha, Wisconsin. The city of Louisville is where Breonna Taylor was murdered by the police.

The other cities are where George Floyd was murdered and Jacob Blake was critically shot. Because of what’s gone on, there are overwhelming cries for police reform. However, the move Louisville made could potentially make people angrier.

Yvette Gentry, yesterday, was named the interim police chief for the Louisville Metro Police Department. Some may see the move, Gentry being a black woman, and all, as racial pandering, in the wake of the murder of Breonna Taylor. But, the city says she is proven, once being a deputy chief, and the current chief retired, saying he felt it was time for him to move on.

More in Hip Hop News
Tamar Braxton’s boyfriend, David Adefeso, files restraining order against her, this morning, describing “domestic violence situation”
Randi Canion, a 10-year-old girl, from Miami is missing, and an Amber Alert has been issued for the girl, last seen in the area of N Bayshore Drive and 78th Street on Saturday at 11 p.m