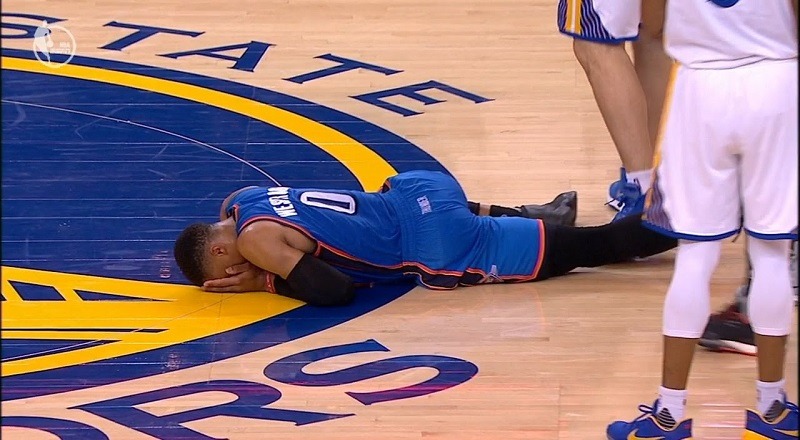 In the back of fans’ minds, they’re all thinking it was all good just a week ago. Last season, the OKC Thunder went on a rampage to make up for their injury-filled 2015 season. It was a good look for the Thunder, they still won 44 games and only missed the playoffs twice.

Then, the Thunder came back and won 55 games, bouncing the Spurs in the second round, the 67 win Spurs. It all went bad from there, with them losing in 7 to the Warriors. If that wasn’t bad enough, the franchise player, Kevin Durant signed with Golden State.

Russell Westbrook is now holding the Thunder down, with role players like Enes Kanter stepping up. Westbrook is putting up historic numbers and the Thunder were a top team in the NBA until their first loss to Golden State. Early in tonight’s game, Zaza Pachulia took Westbrook down and NBA Twitter is going HAM.

Read the tweets about Russell Westbrook below: