Home » On the Rise » Big No talks “Food Talk” record, coming up in Richmond, VA, and new music | HHV On The Rise 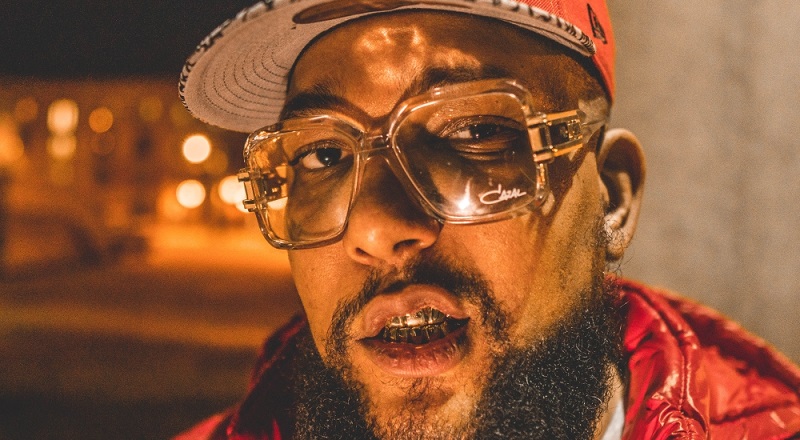 A few years ago, the DMV area was really exploding with talent, and it still is. Many of those artists who were blowing up have now already been signed and have had successful albums. They have left the indie scene to the likes of Big No, among others.

Big No has been doing his thing for quite some time. Currently, he has the streets, and the internet, on lock with his “Food Talk” single. This comes off his most-recent project, which is still available for streaming, on the major platforms.

Recently, Big No gave Hip-HopVibe.com the opportunity to speak to him. The conversation saw him discuss his new music, the “Food Talk” single, and being on the Richmond, Virginia hip hop scene. He would discuss his rise, his future, and more.

This “Food Talk” record is pretty good and getting you a nice buzz, how does it feel? Feels good definitely humbled by the love just make me wanna go harder

You come from Richmond, VA talk about your experiences there? Definitely, Richmond a total different type a vibe. Of course, the inner city gutta, we’re known for putting in work so it translates into my music. When it come to music industry we kinda hopeless nobody made it so that my constant focus on breaking the world a new market show them how we living give the world a new raw sound.

You have you label Eighty Eight Music Group, what your vision with that? 88 is just about being true to ourselves giving our everything even our flaws. Everybody says they are 100 we say we 88, because nobody’s perfect.

With so many indie artist having success do you want to stay indie or have a deal? Either way, it’s come to me honest, and I could live staying indie. But, if the right contract come with a big number, I got six kids to take care of, so I’m going to run with that, too. Even with a deal, I would prefer a partnership, so I still have some ownership.

What makes you stand out from other artist, not just from VA but every where period? For one, my voice is distinct and bold, I don’t sound like nobody, and when you listen to words, I’m open. I speak on things most street n*ggas feel like they can’t and then the next song might be the hardest song ever. I’m versatile, I try to make everyday a song so every song is different because everyday is.

What your next step and any final words for the people? My next step is to push my next single, “Keisha,” off my latest project, Junkie Lives Matter 2, as well as I’m currently working on my next project so keep a look out for that too.

More in On the Rise
Yasmeena signs to J-Haze’s label, ShowOff Gang Music, which is distributed by EMPIRE Distribution
HHV Exclusive: SKYXXX talks being from Florida, his interesting writing process, and gives no filter advice up-and-coming artists