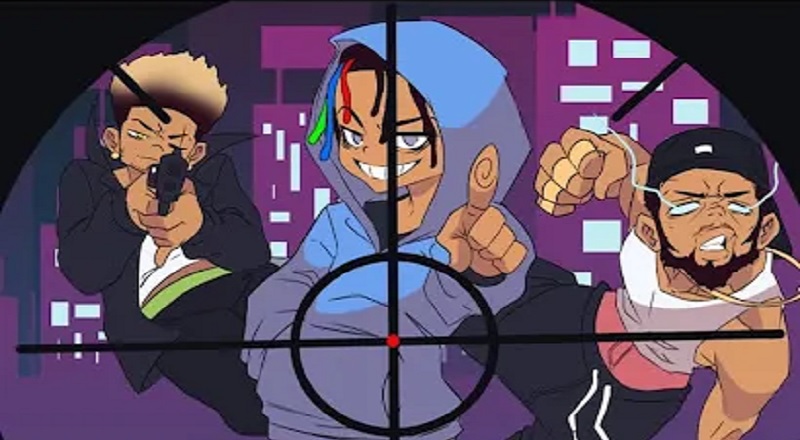 Gearing up to take over 2023 is none other than trailblazing talent, Glxtchxn! First and foremost, Glxtchxn is the Man On a Mission, also known as “The Greatest You’ll Never Know.” He ended 2022 with a bang and is off to a hot start in 2023. The rising rhymer is ready to return with the release of his Man On a Mission album. Although Glxtchxn stepped on the scene in April 2019, with his debut drop “Frieza,” alongside “Noseblxxd P1,” these sizzling singles served as the initial introduction to the trendy talent.

Additionally, he went on to release, “Need the One” which was the first record to be placed on all streaming platforms. Glxtchxn stayed relevant by releasing songs like “Jxst Business” and “Pity The Fool” throughout the rest of that year and into 2020. In fact, the pandemic limited his collaboration with other artists in 2020, making it his most difficult year. However, it also assisted him in learning more about his creative process. Glxtchxn was able to release two songs, “Noseblxxd P2” and “Gelato,” despite being under lockdown. These records were made possible by a producer named Novad and an engineer named T Mane.

Leading into 2021, he fell into slight depression, but his creative process was still intact. Around March 2021, he released a song called “Better”. This record helped him define what direction he wanted to take in his musical career. Glxtchxn spent the rest of 2021 delving deeper into musical madness before beginning production on his 2022 debut album, Man On a Mission.

Remaining the Man On A Mission, Glxtchxn is showing and proving why he’s the industry’s next up!

Continue Reading
You may also like...
Related Topics:featured, Glxtchxn, man on a mission